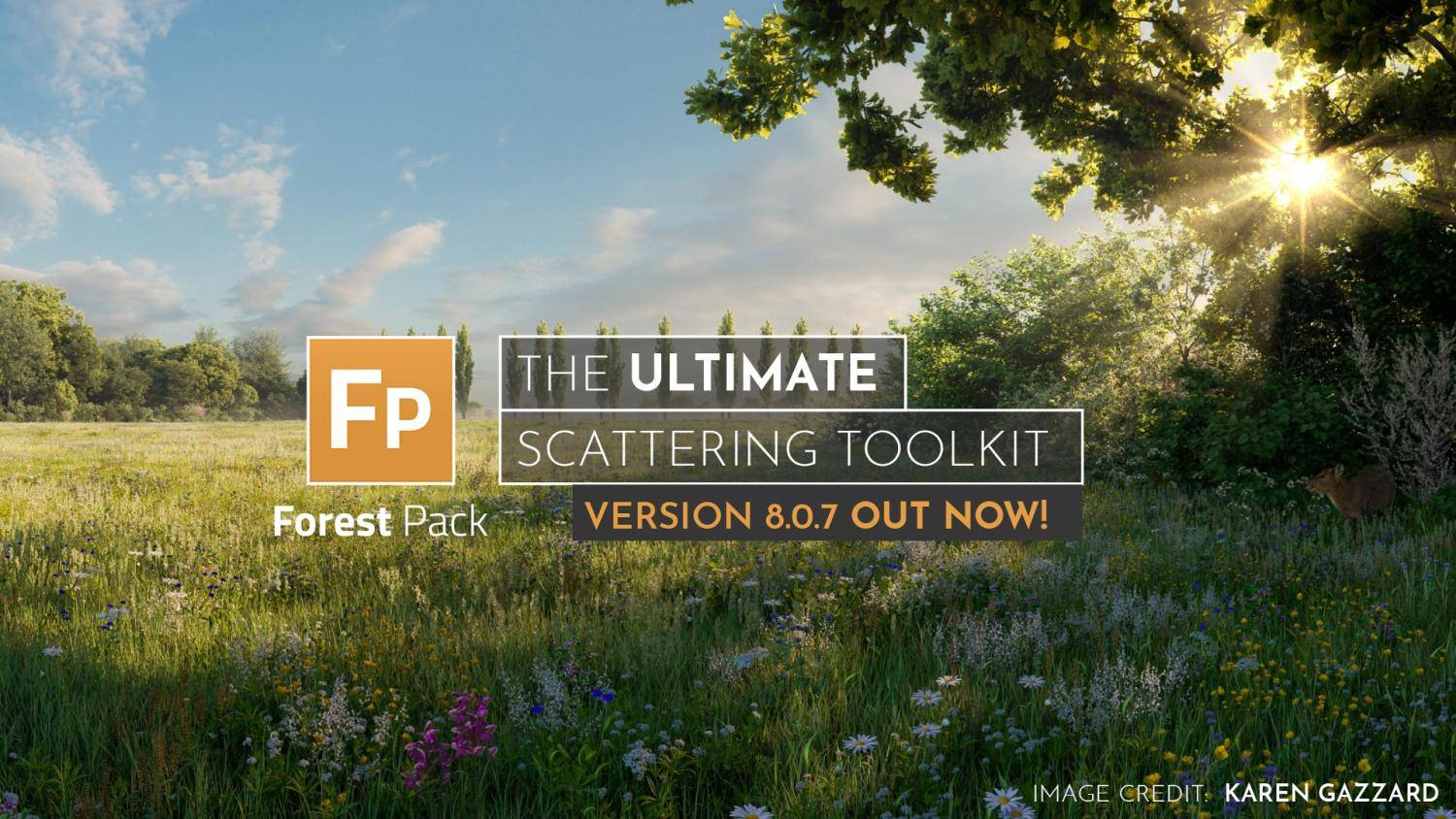 In this quality-of-life update, the iToo team worked closely with Chaos/Corona to increase the performance of Forest Pack when used with Corona Renderer.

Animated Proxies
The improvements are especially evident when using animated proxies.
In the past, it was necessary for Forest Pack to load the full mesh from the proxy for each frame, causing problems when scrubbing the timeline. In this release, you only sample the full geometry on frame one. As this improvement also required changes in Corona, you will need to use the Corona Daily builds or wait until the release of version 10. In addition, the Corona team has included several other improvements for Forest Pack and RailClone in their daily builds, including:

Fans of interactive rendering will be pleased to learn about the improved performance and reliability.
In previous releases, Forest objects were rebuilt with each view change, but now they respect the rules set using the Camera > Enable on Viewport IR parameter.

UX & UI Improvements
There are a couple of other handy changes to make working with Forest Pack faster.
Some of the toolbar icons have been redesigned to make them easier to identify at a glance, and a new button has been created for quickly adding Forest Sets.
The way in which multiple objects loaded from the library are organized in the items list, has also changed. In the past this was somewhat random, but now it they are arranged alphabetically making it much easier to manage.  To see a full list of all the changes and fixes, you can visit the release notes in the documentation.

Forest Pack 8 cements Forest Pack’s reputation as the most robust and flexible scattering option with the addition of Forest Sets, linked areas, Effects improvements and much more. Click here for the complete and detailed features of version 8.

Find the new Forest Pack 8 at NOVEDGE and discover our huge selection of products that includes V-Ray, Corona Renderer and 3ds Max. Learn How to Model 3D Jewelry With 2Shapes Design for Rhino

Today you can start learning 2Shapes for Rhino for free, and it's easy. Discover 2Shapes Academy, where you will find three priceless courses.