Novedge : Tell us a little bit about yourself and what you do. 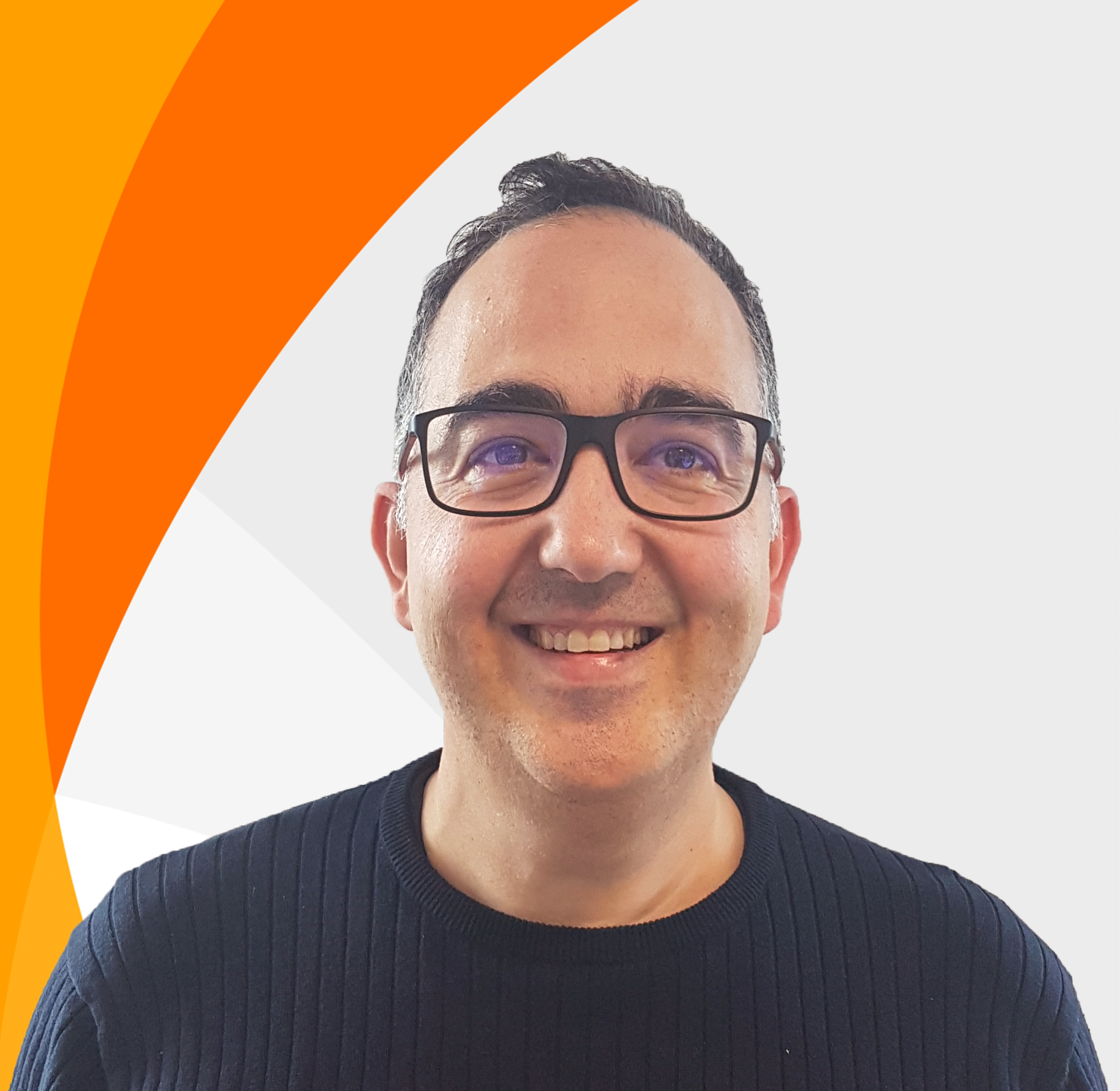 Rafael del Molino: I'm a Rafael del Molino, CEO of 2Shapes. I spent the latest 18 years as a developer for Rhino Gold, a 3D CAD software for Jewelry Design, rendering, and manufacturing. The project I am working on now, 2Shapes, is a product that solves most (if not all) issues I found frustrating in the past. The aim of 2Shapes

is to transform the way jewelry is sold  by turning customers, salespeople and manufacturing managers into co-designers, and having them involved in the process. The market has embraced 2Shapes so much that now we are making a quick expansion to cover as many of our customer needs as we can. For example, we are working on a Rhino plug-in that will make the powerful 2Shapes features available within Rhino, resulting in a powerhouse for designers, never seen before.

Novedge:  What is the idea behind 2Shapes?

Rafael del Molino: With years of experience in the industry, we identified some significant problems that jewelry stores are still currently facing in order to remain competitive. Markets are evolving and product customization is a big part of the new trends. With that idea in mind, we thought about giving jewelry stores the ability to offer their customers choices over the concept the design and the price point.

Novedge: Do you need Rhino to use 2Shapes?

Rafael del Molino: 2Shapes is a standalone cloud solution for now, although we are starting to work on a Rhino plug-in to merge both solutions into a seamless design experience.

Novedge: Who is the typical 2Shapes user?

Rafael del Molino:  Our most typical users are jewelry stores that don't have any knowledge of CAD design or modeling expertise. But 2Shapes is also used by salespeople, manufacturing managers, 3D designers, marketers, and even the one-person army. The traditional jeweler that wants to take a step further into digitalization can find 2Shapes a great solution.

Novedge: What design needs are finally addressed by 2Shapes?

Rafael del Molino: There are many design needs covered by 2Shapes. These are the most important: 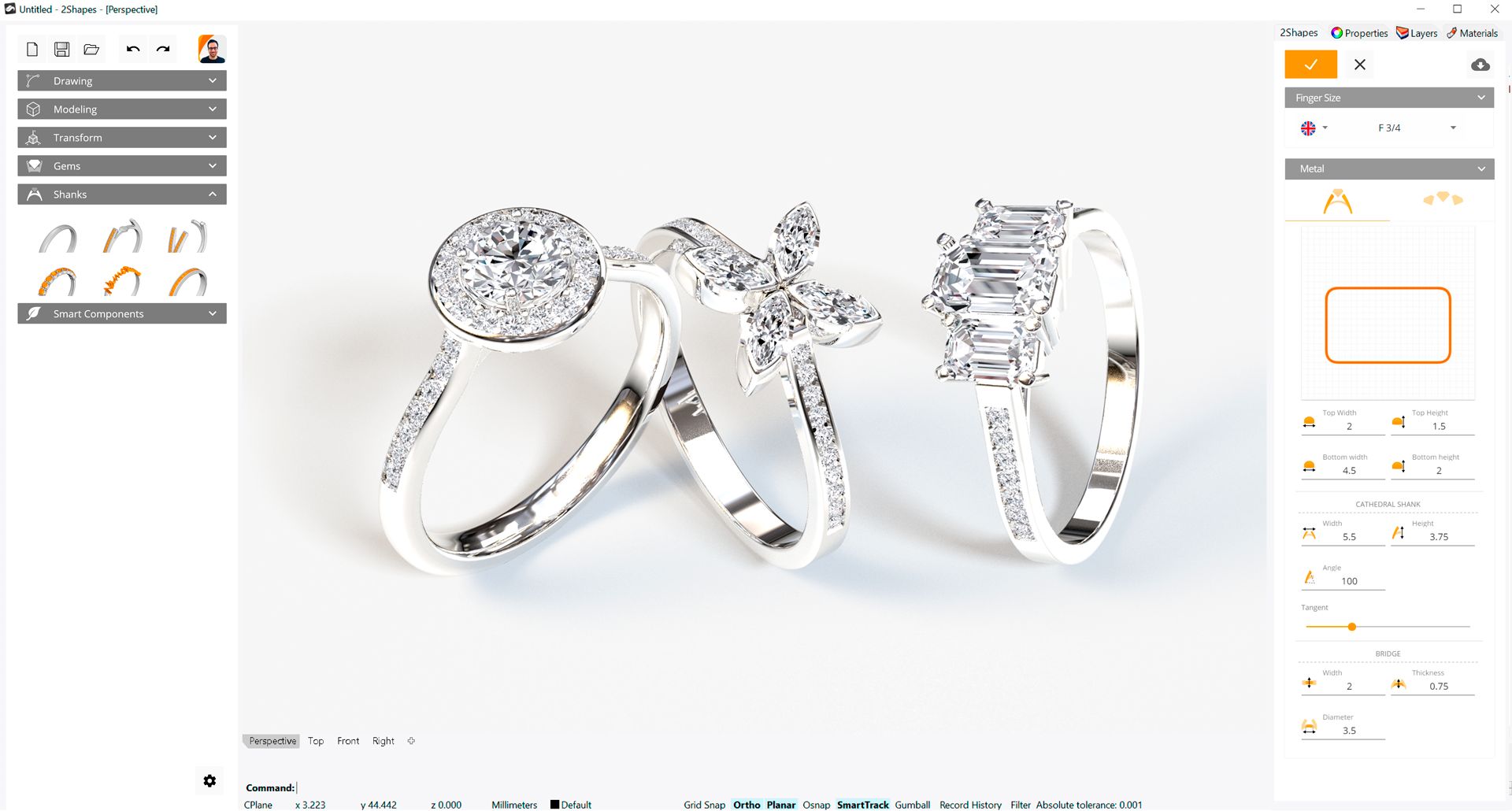 Novedge: What are 2Shapes' best features?

Rafael del Molino:  As 2Shapes has so many features, we divide them into: Store, E-commerce, Design, and Manufacturing. With 2Shapes you can do things like: 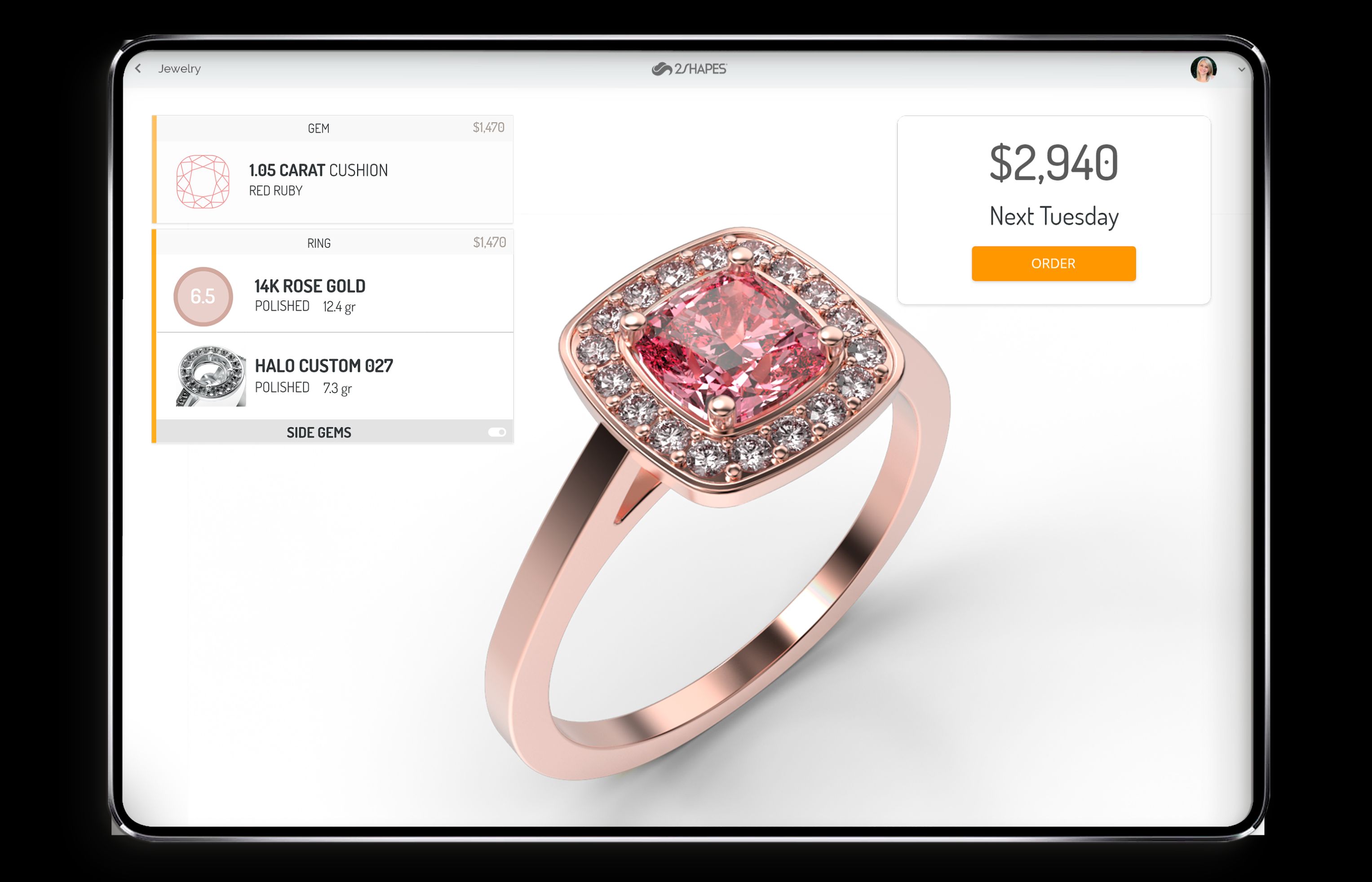 Novedge: What can you tell us about the user interface?

Rafael del Molino:  We understood the need of having an interface as intuitive, simple and clean as possible from the get-go. Our customers cannot spend weeks or months learning new software. Through the 2Shapes interface, the manager can set the company's branding, while the designer will take care of the jewelry designs; at the same time, the people in manufacturing can use it to control the order processing.  The very same interface will guide the customer to create the final product.

Novedge: What are some of the top reasons to chose and use 2Shapes?

Rafael del Molino: What drove us to develop 2Shapes was to make jewelry stores more competitive. It's no secret that we are vastly different from other jewelry solutions out there.

2Shapes provides a way to create your e-commerce website within minutes. We offer an end-customer-friendly interface and we include more than 1.200 models by default. You can manage your entire operations inside the platform. This video gives you a complete overlook of what the benefits of using 2Shapes are.

Novedge: Why did you develop the 2Shapes for Rhino plug-in?

Rafael del Molino:  In the short period of time that we have been in the market, we have received tons of feedback. One of the most common questions we got was "Is 2Shapes compatible with Rhino?". We concluded that the jewelry industry is very keen on using Rhino to design. We would like to return the massive support the Rhino community and McNeel has given me on past projects like RhinoGold, by bringing what the community wants, a tool to design using the best of 2Shapes with the most powerful CAD software in the market. 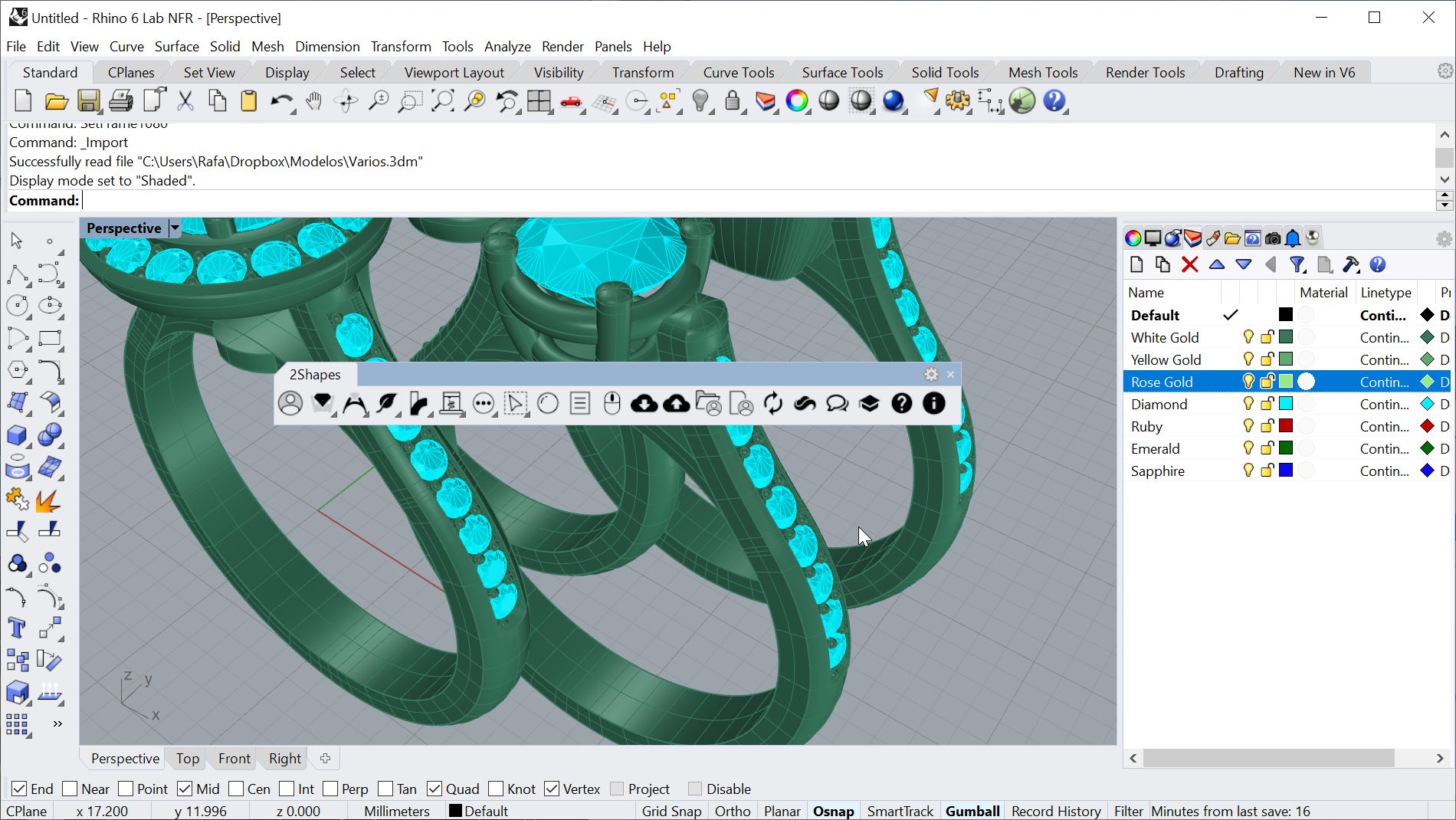 If you would like to get Rhino 6, and the best Rhino plugins out there, visit Novedge. 6 Reasons Why You Should Upgrade to Rhino 6!

There are no drawbacks when upgrading to Rhino 6, only huge benefits!
Read More