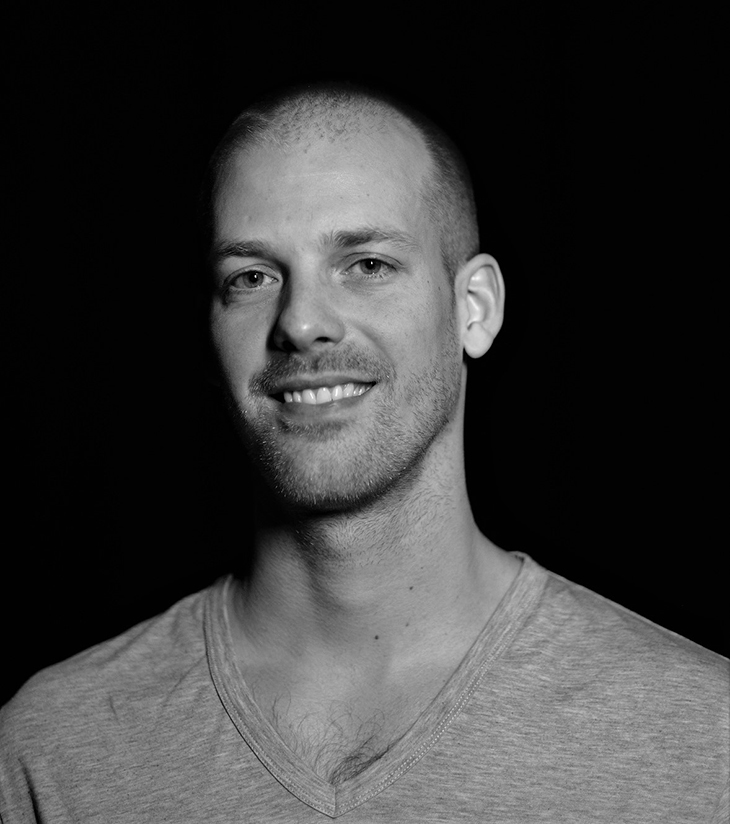 Goran Pavles: I am an FX TD/Artist and have been working in the CG industry for the past 10 years. I mainly worked in movies so far, but am slowly expanding to other areas like shorts, cinematics and commercials.

Novedge: What is your background, how did you become an FX Artist?

Goran Pavles:В I was working for an insurance company in Switzerland, when a friend of mine introduced me to the CG world, so far unknown to me. I immediately fell in love with it and started playing around withВ 3dsMax. The more time I spent with it, the more addicted I became to everything CG. I was lucky enough toВ land a job where I could use my newly learned skills. From that time on I never lookedВ back and I have been able to work in the movie industry ever since.

Goran Pavles:В The latest project I was heavily involved in, was the new 'Pan' movie. I was the FX lead on the show and we had quite some amount of different types of FX to run through: В flying pirate ships, which crash against giant crystals; flame throwers burning fairies; В fairies attacking live action pirates and forming a character at the very end of the sequence; В topping it off with a dissolving wall. It was a big amount of work and quite a challenge. I mostly enjoyed working with the team and seeing people grow in the process. It was a great addition to the FX work itself.В 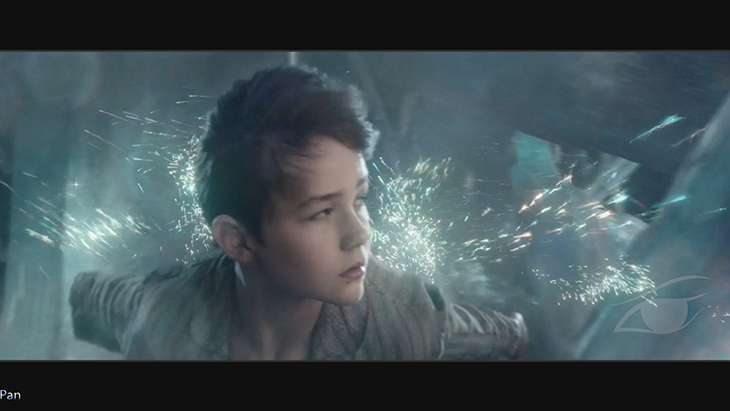 Goran Pavles:В Until a year ago, I was using 3dsMax with thinkingParticles, FumeFX, Krakatoa and V-Ray. Then I decided it was time to try something new and started using Houdini.

Novedge: Your work was featured in many recent action movies; is there a project that was particularly rewarding in term of experience? Why?

Goran Pavles:В Each show stands out or contributes to some good memories one way or another. I learned something new with each one of them. If I really had to pick though, I would say that the movie В '2012' В was the most rewarding. Back when I started devoting myself to Computer Graphics, people looked at me with a blank look on their faces as I tried to explainВ what I was doing with my free time. Friends and family didn't really believe that I was up to something productive. The sentenceВ 'computer gaming' came up a lot as they referred to my pastime. With В '2012' the perception about CG changed and I was finally able to show everybody what I was so passionate about! It was a very rewarding to see my parents being proud of me for working on the first 'big' movie.В 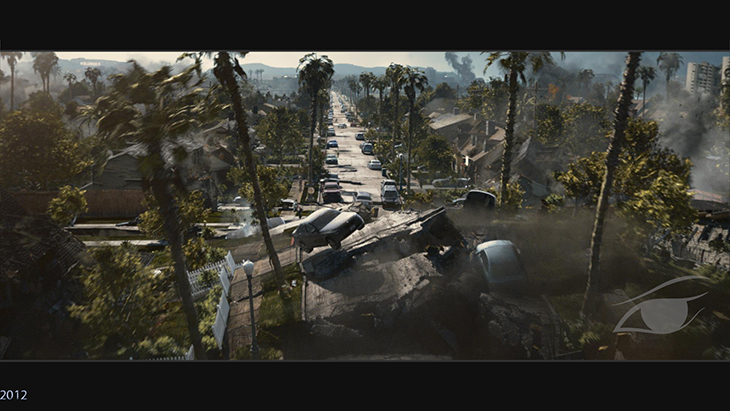 Novedge: What does it take to make it in your field?

Goran Pavles:В I think working in CG is like any other creative profession. Passion, persistence and thirst for quality are the key ingredients. Nowadays it's really easy to drop a simple preset or model and hit the render button. But the ones who always find some little detail to add to it, are the ones standing out. This is something that frustrates me sometimes. The way people are being supervised in bigger companies takes away the need or room for them to add their own ideas and look to their work. This can lead to a decrease, if not total lack, of self initiative. People growing in this kind of environment sometimes don't know how to push their work to higher quality if nobody tells them to do so. That's why I think, it's important to always do more than what's being asked for. People who do this are the people whose names are being passed along.

Goran Pavles:В One of the things that I find kind of funny is, that in school, I was not really paying attentionвҖҰin general. В I liked vector math and basic trigonometry, but I never understood why we were learning it. The moment it got a little more advanced, I blocked it out В and turned my back to it hoping it will never come back. Well, it almost couldn't have come back in a more demanding way. Now I use it every day quite extensively, and it took me some time to refresh my knowledge of it. In fact, I relearned it again while learning thinkingParticles and was never as good at it as I am now. So, if you're a teacher and wonder how to spark your students' interest in vector math and want an easy way to explain it, 3D software and particles is one way to do it!В Another very important skill in FX is the feeling for physical behavior. How things behave, fall, float, react etc. A feeling for weight.В I personally think that I got a feeling for this through my many years of Skateboarding and Snowboarding, as there is quite some jumping and falling involved. Sports involving the use of a ball are very good too. I mean, isn't the bouncing ball the first thing anybody animates?

Novedge: You are a ThinkingParticles user/trainer; what is the best way to acquire certain skills with a certain software?В

Goran Pavles:В For me the best way to learn is by trying. Just watching or reading tutorials won't cut it for me. While it's great to see other people's solutions, and spark new ideas, I have to apply the theory and do something with it for myself. Only then I click the right buttons, write the right line of code or make my own mistakes. When I have to logically dissect a problem and find the solution by understanding, that's when things sink in. The feeling of success will make sure one does not forget it for a long time. That's how the brain works as far as I know. It saves the information linked to a certain emotional event.

Novedge:В Is there an artist or film maker you would like to work with but you didn't get a chanceвҖҰ.yet?

Goran Pavles:В Not a specific film makerвҖҰ.but I wouldn't say no to the chance of В working with, or for, Elon Musk. He's very inspiring and I wish I would have paid more attention to those math classes I mentioned earlier, so I would be more qualified to join his team of engineers. Other than that, I would love to work more on meaningful projects. Maybe I can contribute to a product or movement with FX through promotion or other visual appeal. That's why I am trying new grounds other than movies right now.

If you want to find out more about Goran check out PavlesVFXВ . Goran will also run a Tutorial Series in cooperation with Novedge for 4 consecutive Fridays starting on April 21st 2017. You can attend his live broadcasts for free. If you miss the live event, the recorded session will be available on demand for a small fee. Sign up for the fist three dates and stay tuned for future dates and topics. 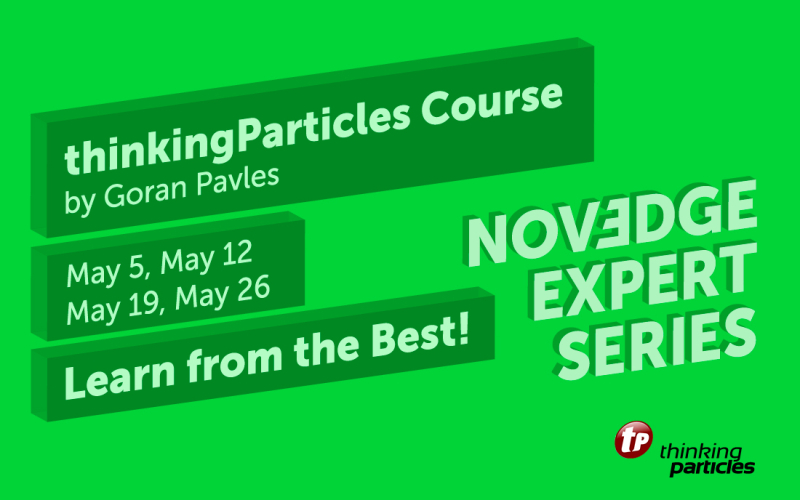 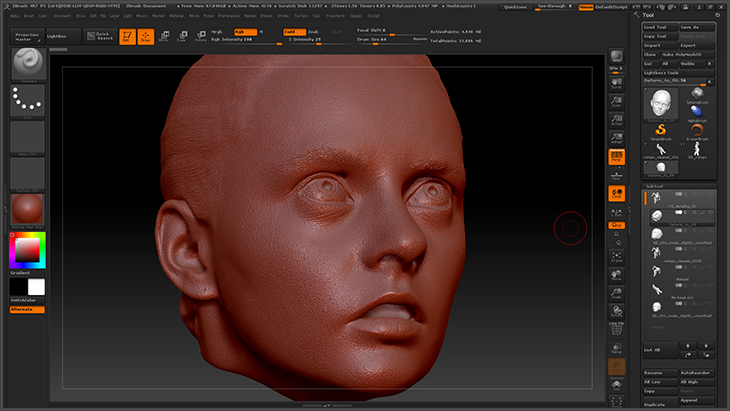 This release reimagins the bridge design workflow, in order to boost productivity.В  Thanks to simpler connected workflows with previously unavailable functionality and increased flexibility in using custom components, more complex pier and abutment layouts in the digital model are now possible.
Read More

Sign up to get the latest on sales, new releases and more вҖҰ