Hats off to the 2022 Autodesk Excellence Awards winners

Autodesk customers around the globe are tapping into the power of technology to drive innovation and impact, and we recently paid tribute to some of our most inspiring customers of 2022 at the Autodesk Excellence Awards, an annual celebration honoring groundbreaking customer projects.

Windover used laser scanners and drones to survey the building’s existing conditions and overlaid the data into Navisworks. They built 3D models in Revit and replicated the building’s façade in Fusion 360. The team collaborated with New Zealand-based Howick Limited to prefabricate an innovative solution: telescoping wall panels that fit into different spaces for a fast retrofit that saved 70% of framing time.

TheAEC Innovator of the Year award was presented to John Sisk and Son for their cloud-based digital project delivery on their latest data center construction in Sweden.

This complex project demanded real-time coordination between multiple international stakeholders.BIM 360 and Autodesk Construction Cloud enabled seamless collaboration throughout the global pandemic. With digital design and construction, Sisk has boosted efficiency by 50% on their job sites, helping them reach their goal of achieving net-zero emissions by 2030. 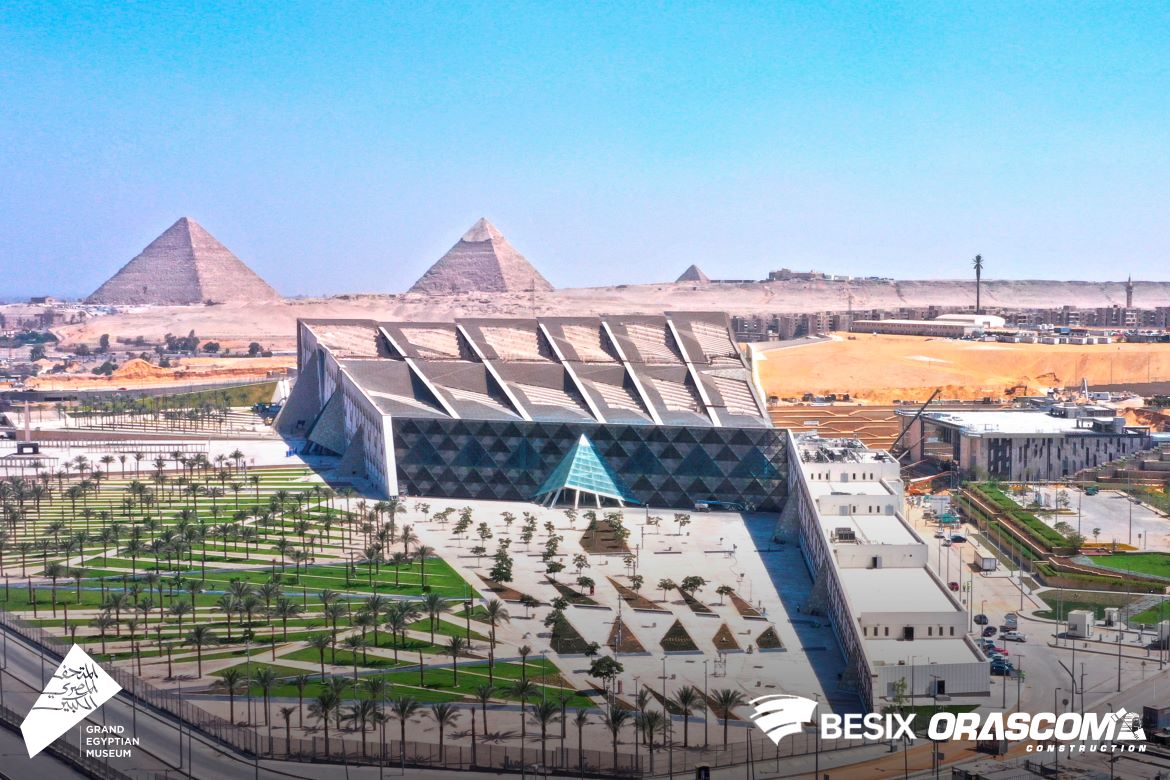 Winner of theAEC Best Construction Projectis The Grand Egyptian Museum, a modern masterpiece, designed to mirror the architectural ingenuity of the ancient pyramids just a mile away. The museum is home to 50,000 artifacts, including thousands of relics from King Tut’s tomb.

Besix andOrascom Construction have led the build for ten years. It was a complex design and the first major construction project in Egypt to implement building information modeling (BIM). Using Autodesk Construction Cloud,Besix and Orascom Construction facilitated the collaboration of more than 150 subcontractors. BIM reduced the mechanical, engineering, and plumbing rework to less than 5%—with zero clashes.

The trophy forAEC Best Building Design was presented toShui On Joint Venture for their design of the Multi-Welfare Services Complex, an 8-story,40,000 square meter residential care facility in Hong Kong.

Shui On embarked on a comprehensive use of building information modeling to deliver this project. Using the common data environment in Autodesk Construction Cloud allowed cross-functional collaboration and seamless workflows and a digital twin replicated the real-world environment. Workers walked through virtual models to learn how to safely assemble the modular units. The team also incorporated robotic scanners and drones into their process of creating 3D visualizations. 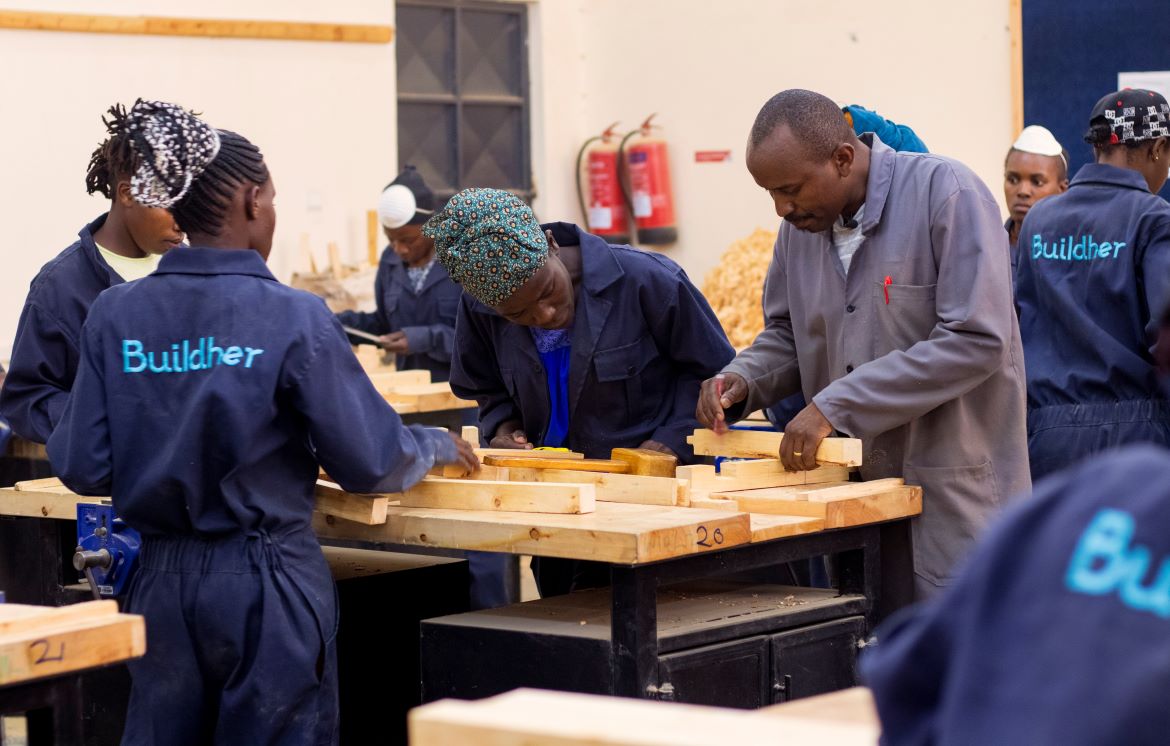 The AEC Making a Better World Award went to BuildX Studio for their Zima Homes project, a sustainable and affordable housing development in Nairobi, Kenya. Zima Homes will be a 137-unit community built with locally sourced alternative materials and with 60% embodied carbon efficiency.

Using Autodesk Construction Solutions,BuildX Studio is using smart design to create vibrant living spaces in a country that has a shortage of two million homes. To make construction more inclusive andequitable,BuildX hires young people most vulnerable to unemployment and has at least 30% women on every job site.

The project takes an integrated approach: it’s engineered for the environment but designed for people. A system of waterways and bioswales to catch rainfall will be surrounded by eight miles of pathways and parks for people to gather and play. With tools like Civil 3D and Infraworks, Stantec created models that incorporated storm frequency data to reduce future flood damage. 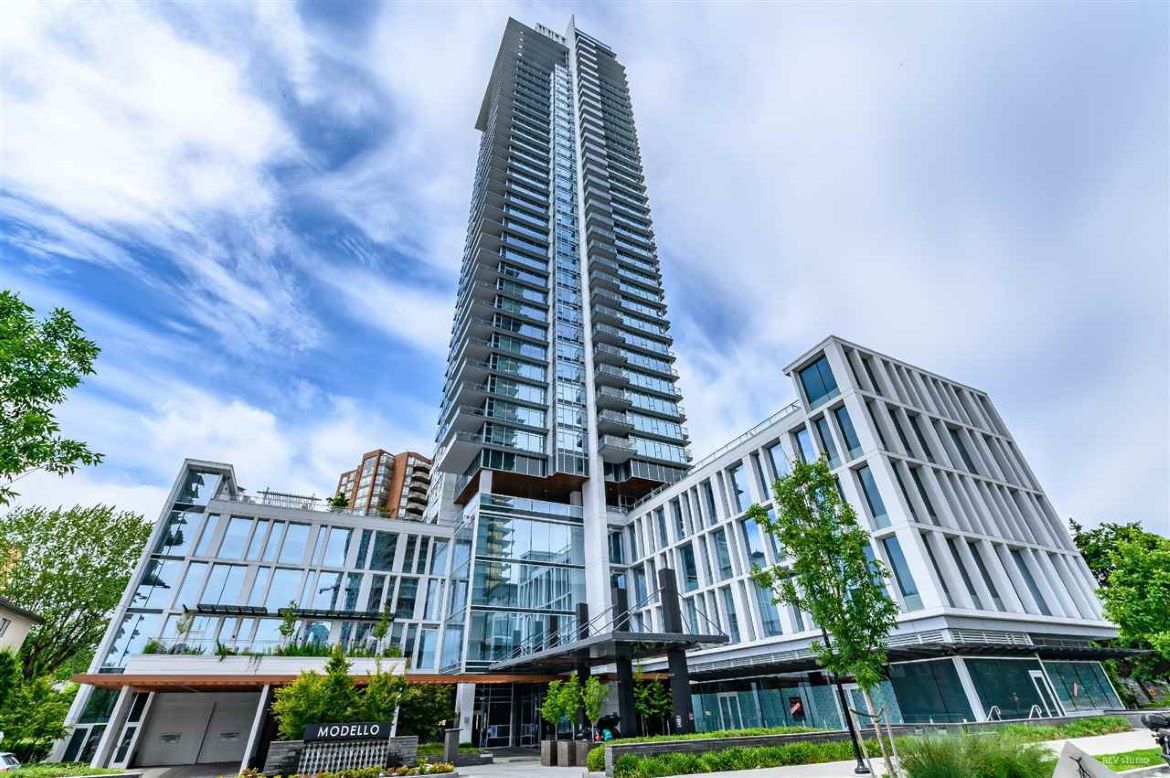 Getting everyone on the same page and working from the same information model enables Starline Windows to automate processes throughout the entire supply chain. Image courtesy of Starline Windows.

Starline is reimaginingwhat’s possible with a connected platform. Their ongoing digital transformation has been accelerating the design-to-delivery process by connecting data from Fusion, Vault, Inventor, Revit, and the Autodesk Construction Cloud. Getting everyone on the same page is making it possible for Starline to automate processes throughout their entire supply chain. 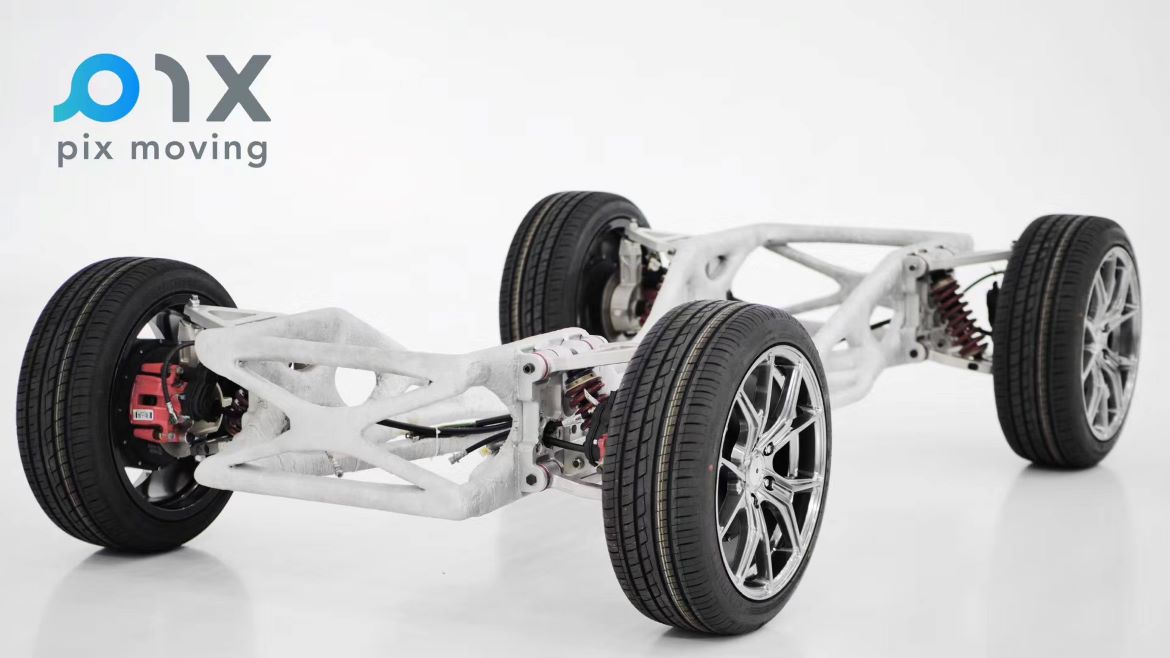 PIX Moving is the PD&M Innovator of the Year. With Autodesk Fusion 360, Pix Moving is using generative design to reimagine the future of urban transport with an autonomous smart vehicle that can be mass customized quickly and sustainably.

Pixbot is a modular, self-moving space that can deliver goods or services. Each vehicle can be configured to fit a customer’s unique needs. Self-driving hotels. Karaoke bars on wheels. Mobile vending machines. Nothing is outside the realm of possibility!

Okra Solar was presented the PD&M Making a Better World Awardfor their Mesh-Grid technology and solar home kits that are bringing electricity to the world’s most remote communities.

Their technology is alreadyproviding energy for 7,000 people in Haiti, Cambodia, Nigeria, and the Philippines, and the companyplans to have two million people connected to clean, affordable power by 2025.

GE Aviation, Hamburg and Dresden Universities of Technology, and Autodesk Research were awarded this year’sEngineering the Impossible Award for manufacturing a more efficient turbine center frame, a keycomponent in jet engines.

The teams used generative design for lightweighting,manufacturability and optimization of fluid flow. Using additive manufacturing, they printed a large-scale metal turbine frame that is 34% lighter with componentsconsolidated from 100 parts down to one part. The result? An enginethat’s got more thrust and burns less fuel. 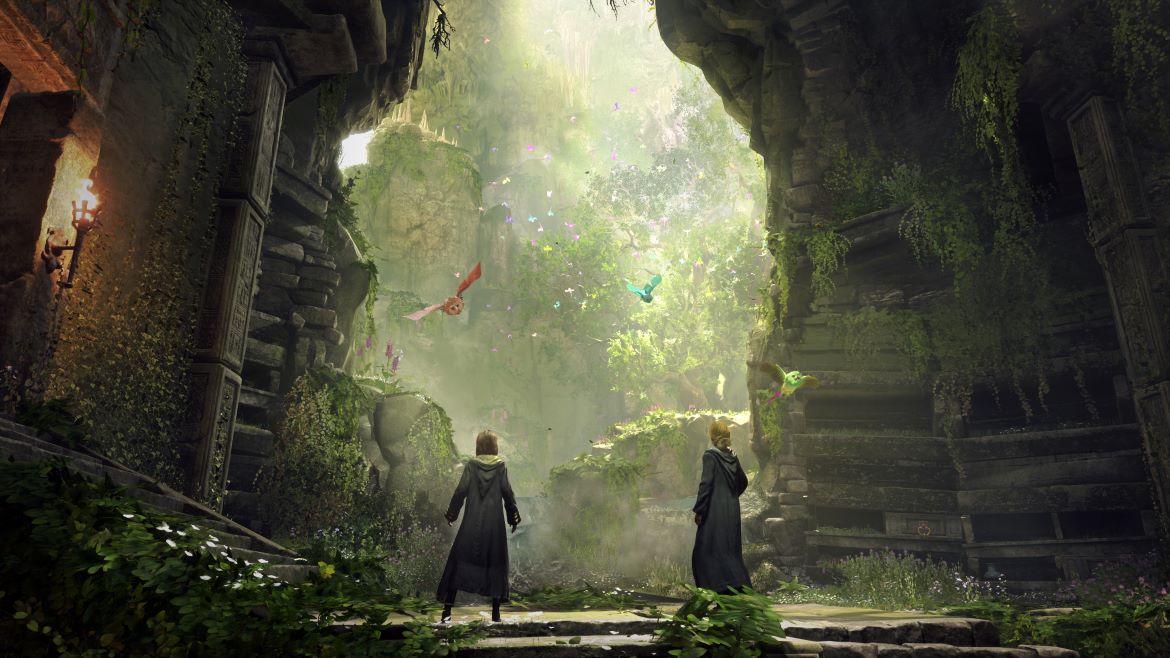 The WB production teamleveraged the latest technology, including Autodesk Maya andMotionBuilder. They used virtual production performance captures and character rigs, and real-time cinematics to create a world of magical realism for players around the globe. 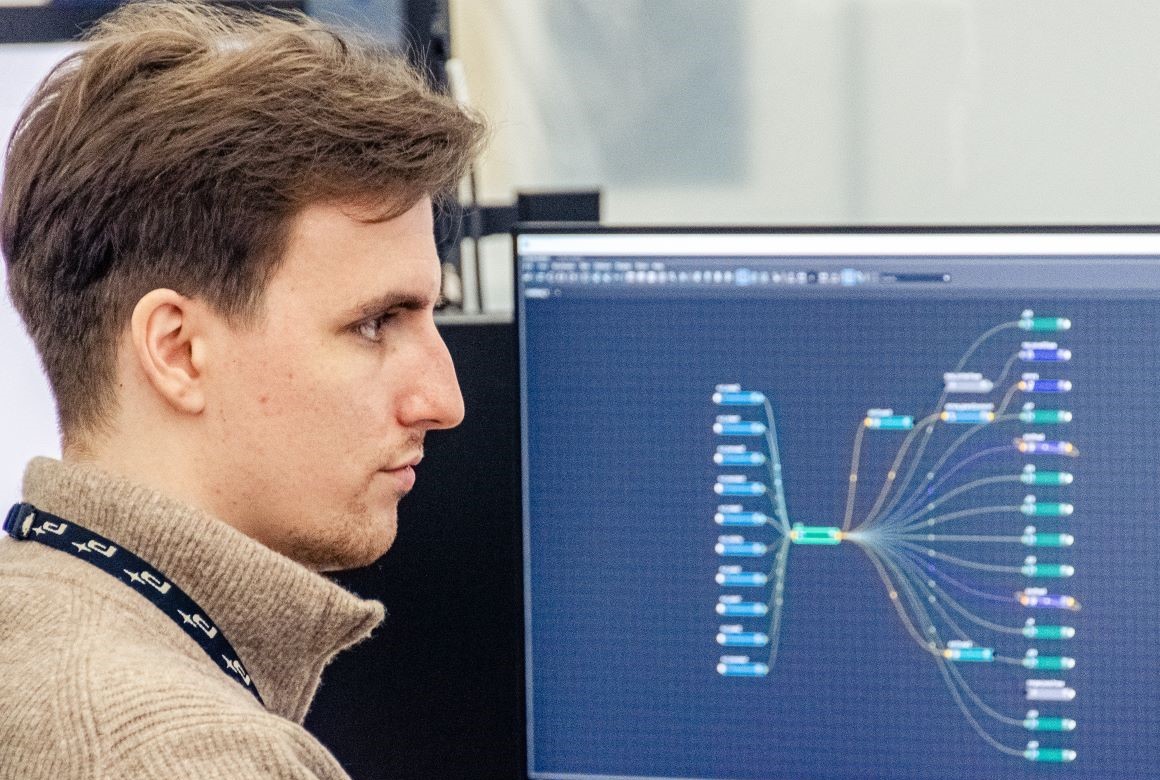 3D artist MaximeJeanmougin is recipient of theM&E Innovator of the Year Award for his outstanding work leveraging Bifrost in his workflows and taking his craft to a new level.

Maxime has become a sought-after expert of Bifrost for Maya, a visual programming environment for building realistic effects and complex simulations. He develops tools for other artists and his visionary game production workflows are revered by the 3D community.

The M&E Making a Better World Award was presented to 3D artist JessePitela for his dedication to demystifying visual effects workflows.

When hecouldn’t find thekind of visual effectstraining he was looking for, Jesse created Redefine-FX, an educational platform with online courses and high-end tutorialsthat hecreates himself.Since 2018, Jesse has been sharing hisexpertise of software programs like Autodesk 3ds Max and Chaos Phoenix to empower others with the skills they need to be successful visual effects artists.

A special award for M&E Community Leaders of the Yearwas awarded to AndyMilkis and Randy McEntee for creating Logik.tv, an online collective where Flame artists can learn and connect with other like-minded creatives.