Editor's Note: Novedge is a co sponsor of the 3rd Missing 32% Symposium: Equity by Design. It will take place in San Francisco on October 18th and you can buy your ticket here.

We invited three thought leaders to share their experiences. The first of three guest writers, Marianne O'Brien, FAIA, is the 2014 President of the American Institute of Architects, San Francisco, and a Principal with the San Francisco office of SmithGroup JJR.

The views, opinions and positions expressed within guest posts are those of the author alone and do not represent those of Novedge.

Do you identify with Marianne's story? Did you have a different experience? How do we move forward? Let us know in the comments.

What did it take to be a woman in this profession? I could say dedication, and that is partially true, but really it was something stronger – flat out tenacity mixed with a margin of naivety, supported by enough self-confidence to know I was cut from an architect’s genetic cloth (figuratively, not literally). I knew what I was, and wanted to be, as far back as I can remember and I never wavered. Space makes sense to me, it always has; unfolding in my head seamlessly from the time I completed a spatial assessment exam in high school in record time with a perfect score, to today while I watch space shape itself mentally from mere lines. The image almost always matches the constructed reality. But, with the advent of Revit, that innate ability had become less relevant. So, what of it – what is relevant in today’s world and what have I learned on my thirty year journey to guide and give us all hope for our future as practitioners? Three important things stand out for me 1. Evolution 2. Collaboration 3. Resilience

Evolution: People can and do evolve. I once had a professor (a well-respected practicing architect) that graded a female colleague on her hair and nails rather than her project. When I stood up to present my project he was hell bent on making me cry for no apparent reason. That was NOT going to happen (there is that tenacity piece) – well at least there was no glimmer of cracking until I had my back to the room and the tears sprouted like a waterfall. Years later, after a public and high profile interview that I was asked to attend at the last minute as a token woman (lacking the prep of the men); I was mercilessly grilled by the interview committee. Afterwards that same silver haired professor who had been sitting in the audience approached me and let me know how remarkably composed and qualified I was. I told him that really he deserved the credit for being such a ruthless interrogator a few years earlier. To my shock he looked at his feet, humbly apologized and said he had learned much in the intervening years. He offered me a job, though I never did take him up on it. He had truly and sincerely changed.

Collaboration: Collaboration is our most important asset as professionals. I learned from the moment I first stepped into the field to do construction administration and was told by the field Sup that “I did not exist.” I replied, “well that may be, but I will be your team's best friend before you know it.” And indeed it came to be true. His team helped shape me as an architect and I helped solve problems – lots and lots of problems. I asked to learn what I did not understand and we solved things together. In the end he professed what he really meant by the remark was that he had never had another woman manage a project of that scale -thus I did not exist in the world as he knew it. But he was willing to take the journey with me and the process was fulfilling and rewarding for all of us.

Resilience: Stand up firmly and politely for the right thing, whether it is design-based or equity-based. It is recognized…. especially when it is least expected. For me this design-based recognition came after an arduous and epic face-off with a client about doing the right thing regarding a particular design element. Thinking the client remained unconvinced, and feeling rather deflated about the process and project; unexpectedly I received an unassuming little e-mail from this client, a Vice President of an institution, on the cusp of his retirement. He indicated how compelling and correct the argument was and thanked me for standing firm. In his mind it was watershed moment and the design element was the physical and symbolic centerpiece of “his” building. From an equity standpoint, my actions were reflected back to me ten years after I mentored a young female architect, without being aware I was doing anything special. But apparently, I had made a difference in her life and career, since she had searched hard to find and thank me a decade later. For you… You will know when it happens. Just make it happen! We are all responsible not just for doing the right thing, but spreading that ethos.

So enough of looking back.

What about the future? As my daughters start their college and career journeys, I ask myself, has the world and the profession changed enough? No it has not. I still watch men being subtly supported and promoted. The all-male junkets still occur. I am convinced women remain at the outskirts of the core of leadership just by looking at the C-Suite lists of large architectural firms. And women continue to leave the profession behind in search of other less arduous and perhaps more financially rewarding professions.

So, now that I have the perspective of looking backwards, and can understand both the depth of the profession and the impact of seemingly insignificant actions, I challenge each and every one of us to be change-makers and shape the future of architecture. Shift this profession from its staid masculine roots. Offer an opportunity, a word of encouragement to the women who hope and dream that architecture is their life calling. And, women in architecture, do not be satisfied until you have embedded yourselves within the core decision-making team – call “dibs” on the CEO’s chair and make it so. Only then will we achieve true equity.

Do you identify with Marianne's story? Did you have a different experience? How do we move forward? Let us know in the comments.

To find out more about Equity by Design, click here.

And don't miss our next Hangout on Air: Knowing Our Worth As Architects. We will discuss how architects can embrace their value and increase financial success with Rosa Sheng, Mark R. LePage and Anne Fougeron.

Land a Job after Architecture School 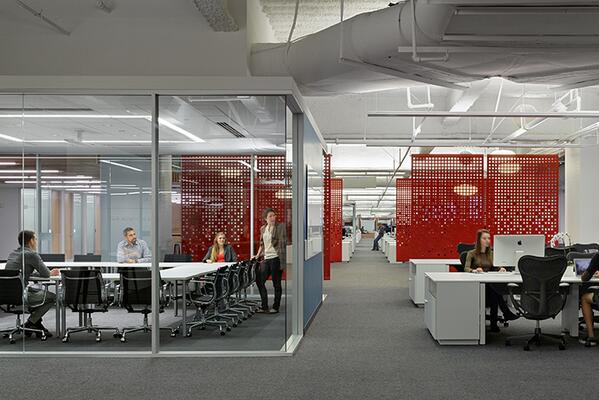 The Workplace of the Future