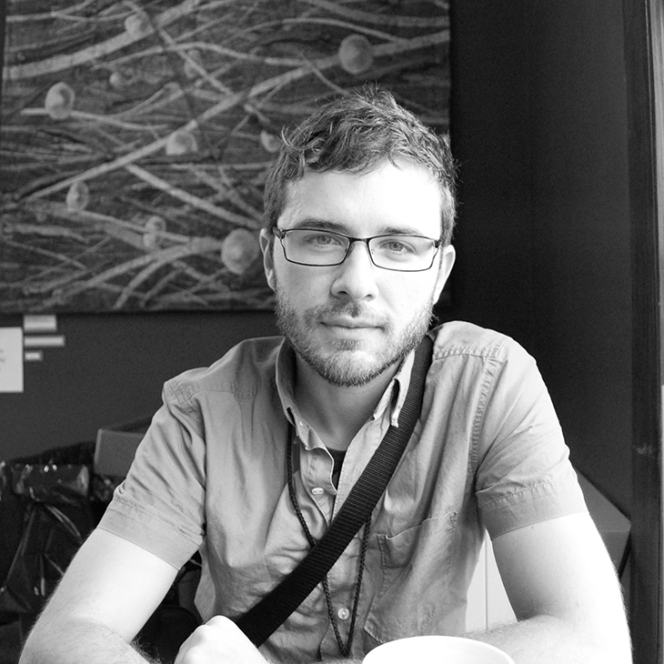 Brian Ringley: I was educated as an architect but currently work as what might best be described as a design technologist. I’m the Technology Coordinator at City Tech, CUNY’s senior technology college in Brooklyn, where I manage our digital fabrication lab, which includes laser cutting, 3D printing, digitizing and 3D scanning, and CNC machining. I also oversee curriculum development in the area of computational design. 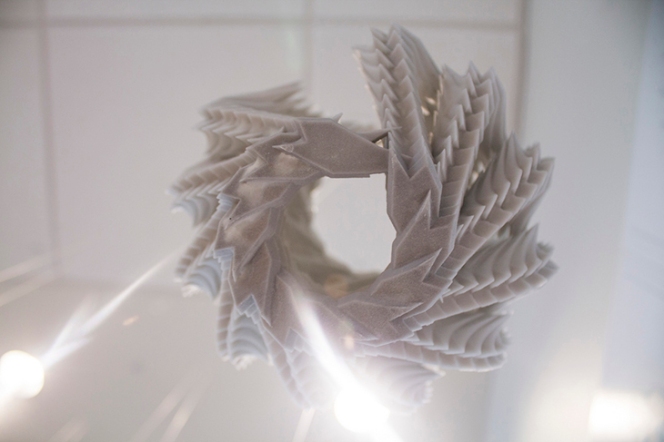 Novedge: What have you learned in your position at NYCCTfab? Has anything surprised you?

The surprises have been pleasant: the enthusiasm of the students, the dedication and commitment of the faculty, and the unbelievable support from the City Tech administration and the National Science Foundation are just a few that come to mind.

Novedge: I would like to hear more about your interest in Rococo art and current technology…

The word “Rococo” is a portmanteau of the French words for stone and seashells. I’ve always been interested in the forms found in marine life. When I was a student in Cincinnati, I picked up a copy of Ernst Haeckel’s Art Forms in Nature at a local record store and was blown away by the extravagance and quality of the illustrations inside, one plate in particular showing a cluster of bivalve seashells. 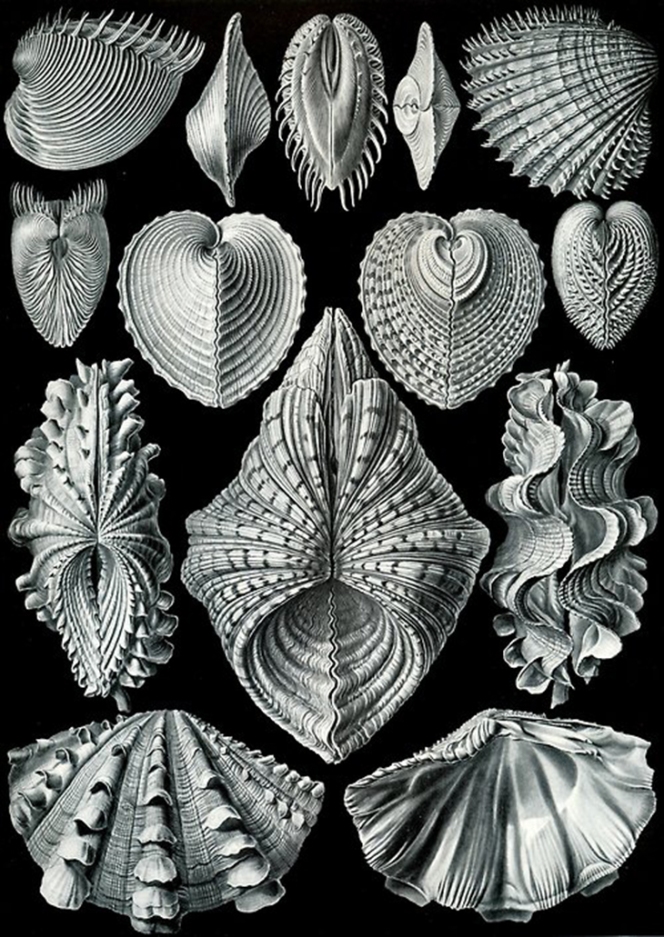 Despite these drawings having been published over a century ago, they still have relevance to the contemporary algorithmic and biomimetic design work being done today with technology like CNC machining. Both Rococo sculptors and CNC machinists employ subtractive techniques in materials from sets of instructions; the former did it with sandstone, chisels, and stereotomy, while the latter do it with material composites, fluted end mills, and G-code. 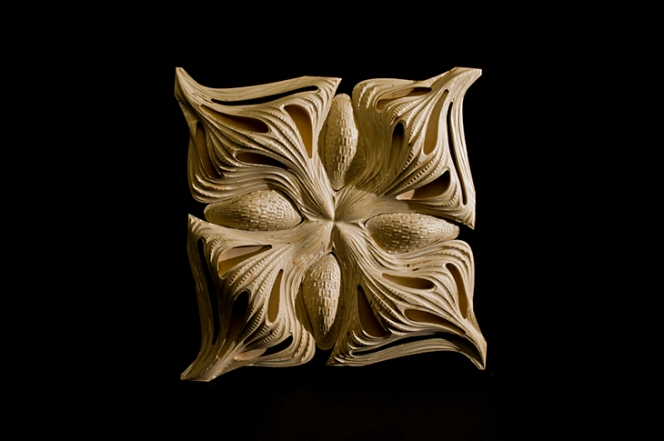 Novedge: What are some recent projects that you worked on?

Brian Ringley: One of the most recent architecture competitions I entered was Sukkah City STL, which was St. Louis’ response to the successful Sukkah City NYC competition in 2010. A Sukkah is a temporary shelter erected during the Jewish festival of Sukkot, which commemorates the passage from the Book of Leviticus in which the Israelites wander the wilderness after their release from slavery in Egypt. My entry, titled “Haystack Sukkah,” aimed to make a uniquely Midwestern analogy between haystacks receding into the horizon and the rows of tent encampments inhabited by the Israeli nomads. Haystack Sukkah, with its s’chach (vegetative cladding) of wheat stalks, is meant to emphasize the harvest as both a gift from God and a sign of the changing seasons, ultimately reminding us of our ephemeral existence.

The entire Sukkah was to be constructed of straight members of lumber connected with lap joints which would allow for efficient material use. The angle of the members’ intersections at these joints varies about the perimeter of the structure, giving it an undulating “haystack” form which is intended to be simultaneously bucolic and elegant. Symmetry was introduced into the design to reduce the number of unique parts from 528 to ninety-two. 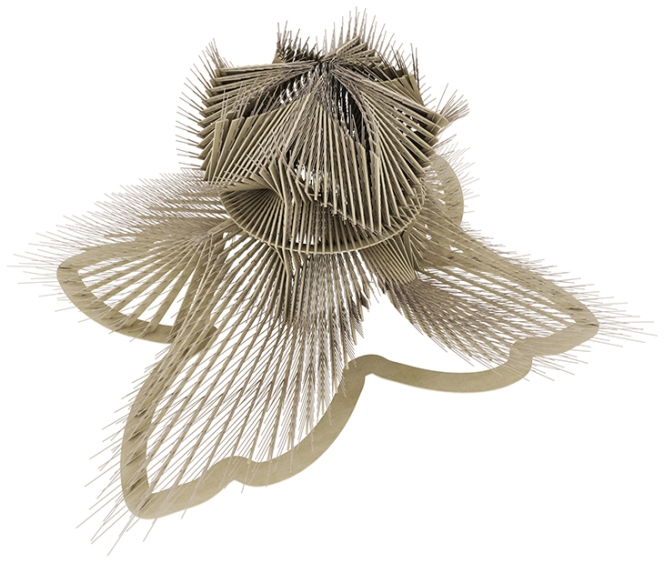 The design of Haystack Sukkah was actually a continuation of an idea that started with another project, called “Waterfall,” which was a coin-collecting device designed and fabricated for the University of Cincinnati’s “Proudly Pennies” campaign, which was a drive to collect one billion pennies as part of the university’s push to reach the $1 billion endowment mark. Like Haystack, the project relied on undulating lap joints but each member was comprised of two polycarbonate members sandwiched together, one 1/8” thick and flush, the other 1/4'” thick with a channel routed into the back to allow for coins to slide Plinko-style down the plastic chutes. 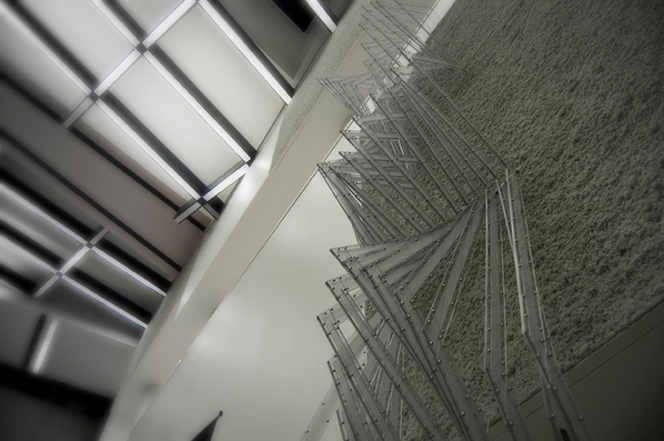 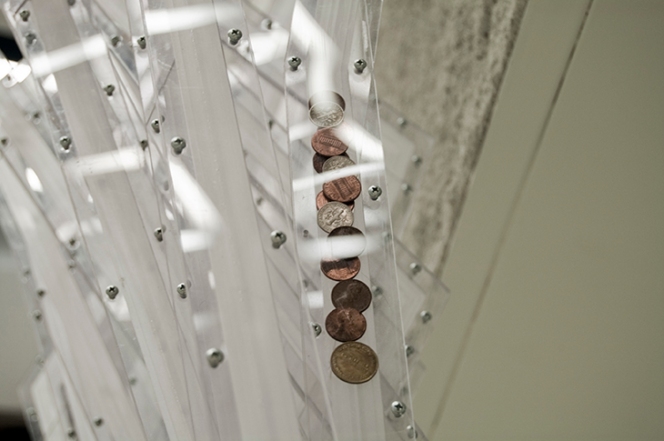 I’m also currently involved with curating and fabricating an annual exhibition with the City Tech AEC technology symposium “Intersections,” which looks at connections between design pedagogy and practice. Last year the work was largely invited, and I had the pleasure of toolpathing and machining pieces designed by Francis Bitonti and Marius Watz. This year the exhibition focused exclusively on student work from City Tech courses. 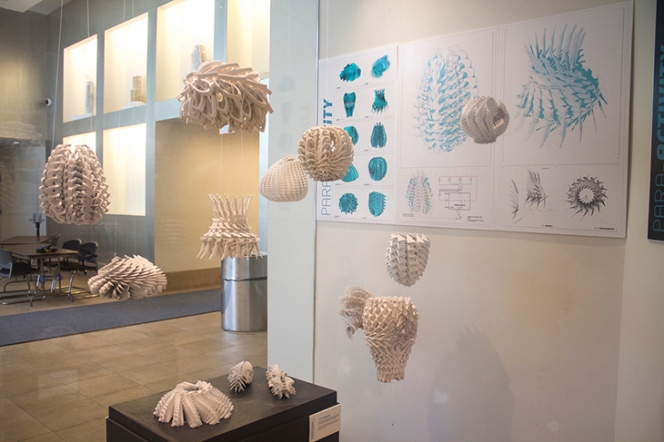 Collection of work in course by Hart Marlow and Michael McCune

Brian Ringley: I use all sorts of software, but my mainstay has always been Rhino. I love Rhino for its accessibility to young students and CAD novices. In contrast to other modelers with easy-to-learn UIs (SketchUp comes to mind), Rhino is the best choice to ensure that users understand core modeling concepts and geometry properties which are the key to developing digital craft. A strong foundation in Rhino allows the user to more easily transition into its extensions (Grasshopper, RhinoScript, etc.) but also into modelers with higher learning curves like Maya, SolidWorks, and Digital Project. An extensive collection of Rhino plug-ins also allows users to modify Rhino for practically any task: T-Splines and Weaverbird for subdivision surface modeling, RhinoCAM for CNC toolpathing, V-Ray for visualization, RhinoNest for efficient parts layouts in sheet stock – the list goes on and on. 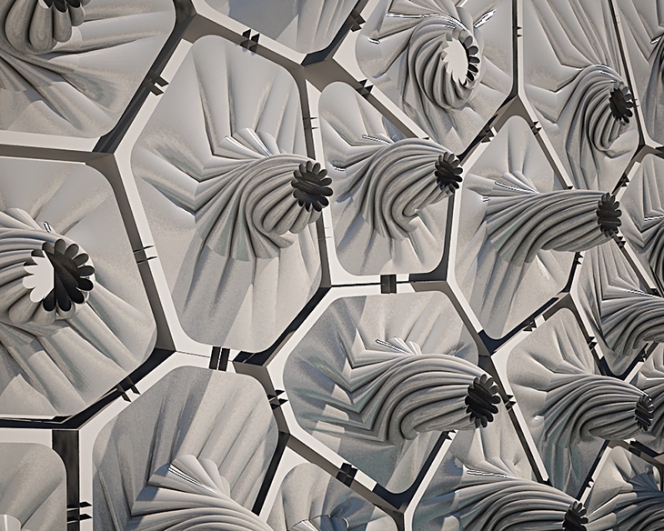 Novedge: How does teaching inform your art practice and vice versa?

Brian Ringley: I love to be wrong – that probably sounds weird, but there’s nothing worse for an artist or designer than getting comfortable with a bad idea and repeating it over and over again. Because they are new to the information and the technology, students have questions. Students questions, unburdened by the assumptions of the profession, are great for pointing out and otherwise exposing flaws in how educators think, so there’s no better way to stay in design shape, so to speak, than by running the gamut of the classroom. 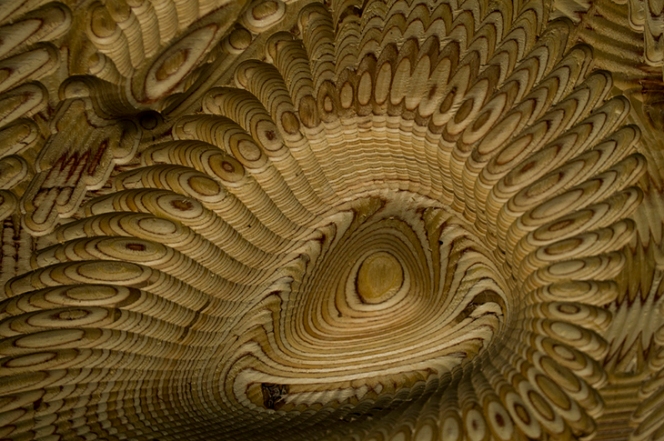 Novedge: What advice would you give to people looking into going to college to study architecture?

1. Be willing to do something else.

3. Take the risk of production.

4. Maintain a sense of humor.