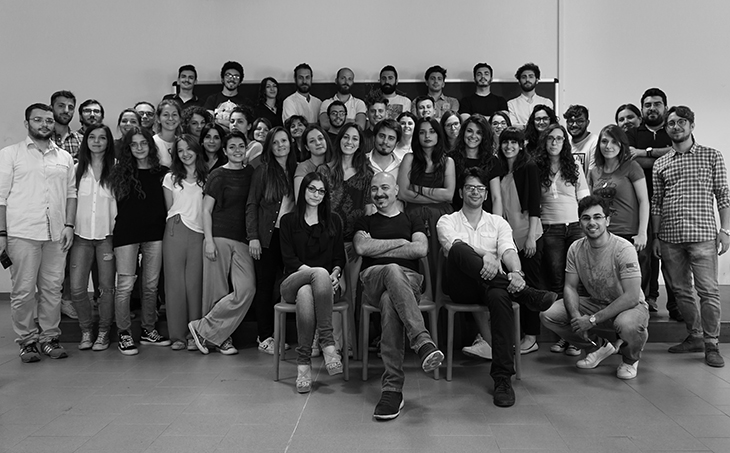 NFRG: We are a team of Italian Architects and Academics coordinated by Professor Giuseppe Fallacara. We are affiliated to the Department of Civil Engineering and Architecture (DICAR) of the Polytechnic University of Bari, and develop research projects that focus on the relationship between innovation and tradition in Architecture. Throughout the years, we have carried out research works on digital stereotomy, the history of construction and sustainable housing in the Mediterranean area, and we keep active through teaching/learning activities, textbooks publishing, lectures, workshops and Master’s and Ph.D. theses supervision. We are quite busy.

Novedge: You have been developing a proposal for an Architectural Design project for the city of Matera. Can you talk about this project?

NFRG: The project originates as a teaching exercise for the third year Architecture students. We decided to start experimenting with a new pedagogical approach, particularly within the Design Lab class, that traditionally in Italy offers only activities like student facing lessons and final revision. We liked the idea of Experiential Learning , hoping students will be challenged to really harvest their resources and abilities in order to reach their Design goal. Students will have to react to stressful situations and develop adaptability, problem solving and creativity. All fundamental skills for future Architects. To make this setting even more effective, we decided to mimic the dynamics of a big Architecture Firm, with work subdivided among multidisciplinary groups, each addressing one aspect of the big project. We told the fifty-two students to form 11 groups. Each group focusing on an individual aspect of the Design they elected. We decided to take up a real proposal that was issued by the Italian town of Matera. Matera has been selected as the European Culture Capital for the year 2019.

We studied the official bid and we came up with a project that would address both the need of the proposal and the requirement of the teaching course. During the first semester we outlined and developed two main projects: the Railway Station and the Museum.

In the second semester we came up with a master plan for a Museum/Cultural Pole that would infuse new purpose to a degraded part of town. We assigned each group their own task under this main project, whether it was providing Landscape, Architecture or Urban Design. Novedge: How did you deal with the relationship between innovation and tradition in Architecture.

NFRG: This is an interesting question. In Architecture, and in Design in general, themes like tradition and innovation often become cliché. In truth, innovation is the result of an evolution process that always includes a dialogue with the past. In our opinion we must look at the past with the same inquisitive look we reserve for the future, and we must detect those invariable principles ( that are part of the tradition) that can still be relevant for the present and for the future.

Novedge: What software did you use to complete the project?

NFRG: The software tools utilized by the students were the following: 3dsMax and Rhinoceros for the 3D modeling; V-Ray for CINEMA4D and Artlantisfor rendering and animation; Photoshop for images post production; InDesign for the book's layout; After Effects for video post production. While modeling, we focused on Digital Stereotomy through the study of topological deformations, using 3dsMax in order to obtain a complex folded space. From a topological point of view, a sheet of paper lying down and one rolled-up to form a cylindrical surface are equivalent. By using some tools (i.e.: 3D Studio Max) we achieve the final object in an indirect way, and not directly through the canonical modeling that, in the case of complex objects, would involve major difficulties for the three-dimensional modeling. From the start, the students were encouraged to experiment with this modeling technique. This exercise proved to be important because the students had to take into account more aspects simultaneously: prefigurative invariant, that is the subdivision capacity in appropriate sections of a vaulted system; technical/geometric invariant, that is the capacity of geometric, punctual definition of an architectural system and of ashlars and its realization. (projective technique and cutting technique); static invariant, that is the capacity of providing static balance of the architectural system of drystone joint (graphic and mechanic static of rigid structures). Although topological deformations have a very strong educational and training value, when the surfaces to deform become very complex (free-form surfaces, spherical, etc.), their use is severely limited by the fact that some blocks will result too deformed, making some of these unfit to be prototyped with the current tools for architectural fabrication. For this reason, the tutors have provided a series of introductory lectures to Grasshopper, a plug-in for Rhinoceros. Both the deformers of 3dsMax and Grasshopper work parametrically but, unlike the first, Grasshopper allows writing of custom scripts in a very simple way, thanks to an intuitive graphic interface. The lessons provided some simple tools that, if properly applied, could have great potential. Among these instruments, the attention has been focused on 'Box Morph' and 'Surface Morph' components, generally used to populate whatever surface with 3D or 2D patterns.In the specific case of the museum's roof (fist semester project), the hexagonal tessellation subdivides the surface into hexagonal prisms, containing therefore twelve vertices. The hexagonal tiling was chosen because is known that a hexagonal grid (or honeycomb) is the best way to divide a surface into regions of equal area with the least total perimeter (honeycomb conjecture), as proven in 1999 by mathematician Thomas C. Hales. Even if the double curvature surface chosen for the roof makes impossible the use of hexagons of the same size, this type of tessellation is still very useful, because it avoids the use of a triangular tessellation, not convenient for stone fabrication. Therefore arises the problem of modeling the roof starting from a mesh made up of hexagons using Rhinoceros. Now, the software (version 5) does not support mesh faces consisting of more than four vertices, i.e. ngons meshes. However, considering that each hexagon consists of six triangles, with the Grasshopper components provided by the add-on ‘Mesh +’ is possible to populate a triangulated mesh: ‘Barycentric Mesh Morph’ uses barycentric mapping to morph meshes from reference boundaries to each face of a target mesh, or pair of meshes with identical topologies. In our case, this is particularly useful since the perforated roof is formed by blocks bounded exactly inside of the triangular prisms constituting each hexagon. However, there were still two design problems to address, though not exhaustively: the static and geometric optimization of the base mesh. Also in this case, we wanted to provide students some intuitive tools that they could quickly manage, whose results (although not scientifically exhaustive) should stimulate them to further investigations. For the static optimization it was decided to use the add-on ‘Kangaroo Physics’, widely known in the computational design field for the simulation tools of physical phenomena, including the digital form-finding, essential for the optimization of the shape of the roof in order to have only compressive stresses.

For the geometric optimization, in order to obtain a mesh composed by uniform and undistorted hexagons, it has been used the plug-in 'Evolute Tools', developed by the team of Prof. Helmut Pottmann from the Vienna University of Technology. Using the tool, mesh relaxation and ball packing optimization were achieved, a fundamental condition to obtain a hexagonal mesh composed by uniform hexagons. It was possible to extract the polygons constituting the hexagonal tessellation from the corresponding triangulated mesh, using the subdivision method 'Dual with boundary'.

The modeling process is completed on Grasshopper, generating the cut-stone blocks as described before.

Afterward, the roof shape has been 3D printed, which allowed students the further checking of the spatial quality of the project. The production of the prototype has requested the accurate planning of the prototyping steps: the students have sliced the three-dimensional model of roof in sixteen pieces, sliced in a way that the printing of additional supports was not necessary. For further information consult this article.

Novedge: Did this exercise really prepared the students for what's coming in their career?

NFRG: The academic aspect of college education is fundamental but what is also important is an environment that fosters teamwork and shared responsibilities, since those are skills that Architecture graduates will need in their future career. Moreover, our multidisciplinary approach prepares the students to the many tasks and themes that constitute an Architecture project: composition, modeling, geometry, building technique etc…We believe university is a place for the development of critical thinking, research and innovation in order to pursue new objectives and to reach ambitious goals.

Novedge: What was the biggest challenge during the project?

NFRG: The most challenging part was to get everybody up to speed with parametric modeling. In a class with 40 students the level of knowledge was very uneven. Ultimately we can say we did succeed in raising the overall level of competence for the entire class. The quality of the projects at the end of the course speaks for itself.

Novedge: What was the biggest surprise?

NFRG: The biggest surprise was to see how this kind of workshop facilitated the acquisition of skills. That was our main objective. We are also very proud of the level and quality of the work produced. Our work has been selected to be showcased during Sydney's Robots in Architecture 2016 and was published in The New Arch Magazine.We also invited academics from other universities to review the work. During the first semester we had the pleasure to enroll Alberto Pugnale (lecturer at the Melbourne School of Design), Sofia Colabella (Architetc at Gridshell) and Sergio Pone (Associate Professor, Federico II Univeristy, Naples); in the second semester we worked with Shayani Fernando, researcher at the University of Sydney.

Novedge: Your research is also focused on the use of natural materials; can you talk about these materials? 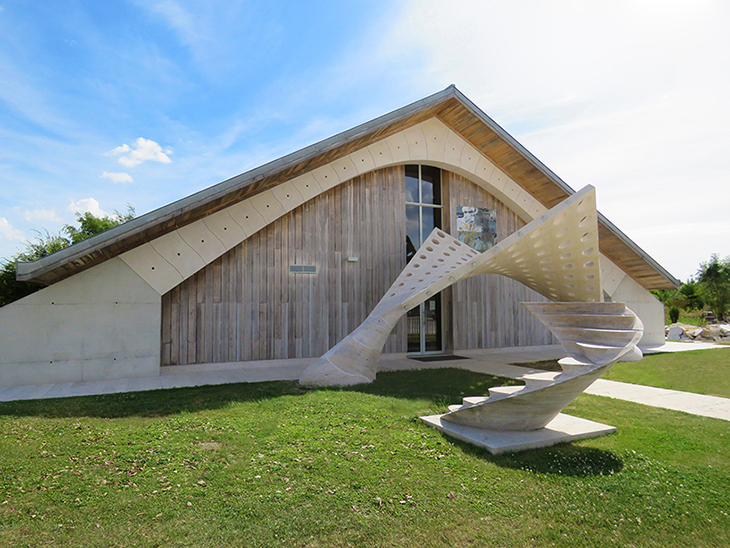 We even introduced this subject in academic courses specific for Architecture Restoration (CESAR). For our work with wood we have been partnering with builders and prototyping echo sustainable houses like Ecodumus, Sood and Solar Natural House. 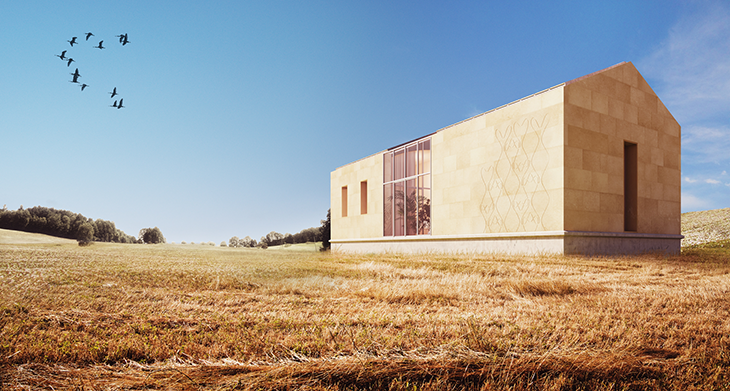 Novedge: What are the innovations that excite you the most in the field of Architecture?

NFRG: We are particularly interested in Mass Customization, Parametric Design, the use of Natural Materials, Computational Design and Digital Fabrication. The real challenge is to embrace these technologies and themes while maintaining an overall appreciation for the quality of the construction, not just in terms of the engineering, but also being mindful of the aesthetic and environmental guidelines.

To keep up with New Fundamentals Research Group's future projects, follow them on Facebook. For all the latest CAD tools, at the best price, visit Novedge. 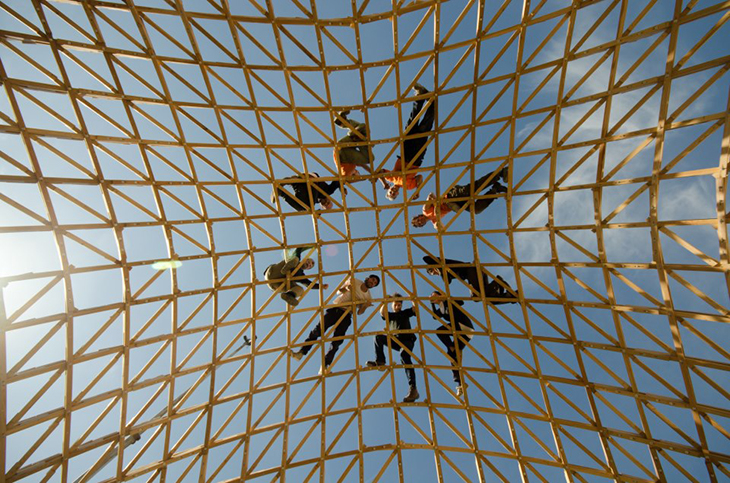 Professor Sofia Colabella, On the Gridshell. 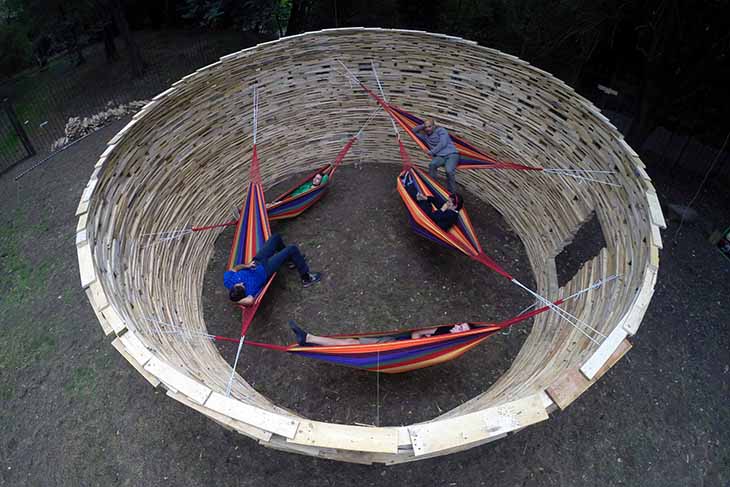 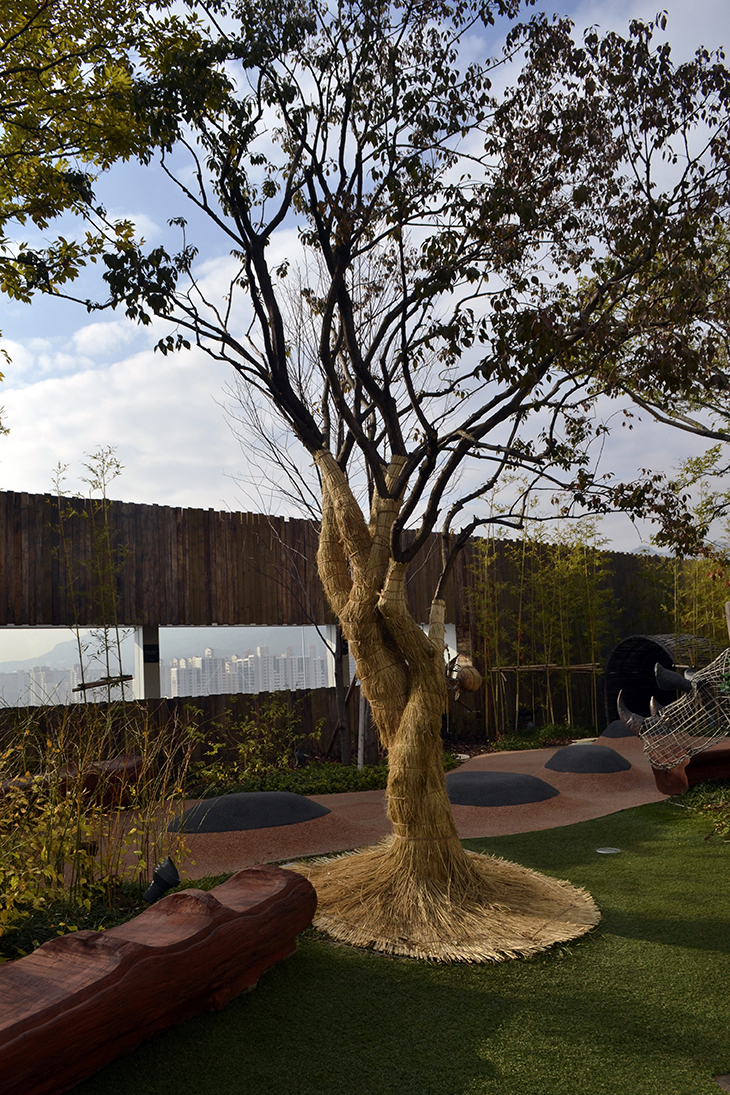 This release reimagins the bridge design workflow, in order to boost productivity.  Thanks to simpler connected workflows with previously unavailable functionality and increased flexibility in using custom components, more complex pier and abutment layouts in the digital model are now possible.
Read More