The Edge: The Iron Team of VFX Studio Cantina Creative

Novedge:  Tell us a little bit about Cantina Creative and what you do.

Cantina Creative:  In August of 2010, Cantina Creative was founded by film industry veterans Sean Cushing and Stephen Lawes. We are a visual effects studio that offers services in Design, Compositing, Matte Painting, and VFX supervision. As a company, we love the design process and strive to achieve excellence in the creation of graphical interfaces. We enjoy the challenge of bringing a scene to life through compositing and matte painting, with an aim to create memorable visuals for viewers that are hard to match. In addition, we understand the importance of a strong technical presence. Cantina offers VFX supervision to ensure the most efficient and effective techniques are used to achieve the creative aims of the client, and overcome creative challenges from pre-production to post.

Novedge:  Your projects range from feature films to commercials, video game cinematic and print advertising. What kind of creative people make up your team?

Cantina Creative: At Cantina, we pride ourselves in our ability to innovate and problem-solve through the successful collaboration of our management, staff, and contractors. Many of us can be described as generalists, however, each of us has a skill set that is differentiable from the rest. Some of us have experience in Architecture, Design, 3D Animation, Photography, Editing, Engineering, Psychology, and Business. The diversity of where we each came from fuels our collective knowledge and allows us to solve problems as a team. We are a tight knit group with a passion for creativity, and find that it is our differences that make us strong. They help us from becoming too set in a particular way of doing things, and constantly push us toward new solutions and ideas. https://player.vimeo.com/video/148552784

Novedge: And speaking of the talent employed at Cantina Creative……are the kids in these pictures meant to evoke a state of unbound playfulness and creativity, or are you really all underage?

Cantina Creative: We really are all underage……..Just Kidding. The website photo idea formed when the artist creating the website stumbled upon some childhood photos of one of the owners. He thought that putting up similar photos of each of the staff members would be a fun idea. Not only would it differentiate us from other companies, but it would show off our playful spirit and general sense of humor.

Novedge:  What is a recent project that you worked on?

Cantina Creative: On one of our more recent projects was the work for The Hunger Games: Mockingjay Part 2. We faced many technical and creative challenges while designing holograms and monitor graphics for 150 shots. VFX supervisor Jay Grunfeld led the Cantina team. Various toolsets in our Cinema 4Dpipeline provided us with the flexibility necessary to make changes throughout the project, when requested by the director Francis Lawrence and VFX supervisor Charles Gibson.

Ultimately we were able to generate external compositing tags and compositing project files in combination with After Effects CC to further improve our workflow. These came in handy during our more challenging shots. The “Nut” hologram, which required the generation of a fully detailed three dimensional photoreal mountain range, was achieved through the use of the landscape generator and sculpting tools in Cinema 4D.

These allowed artists to nondestructively create dozens of mountain topography iterations, and render the passes necessary for the final composition. In addition, Cinema 4D’s time effector tool was used to rotate the hologram designs uniformly across almost 30 shots. You can learn more about our process, especially in regards to using Cinema 4D, here on Maxon’s website.

For The Avengers: Age of Ultron, VFX supervisor Alan Torres led Cantina to push the photographic quality of 3D Heads Up Displays (HUDs), story point elements, and monitor graphic designs. This required new and creative updates to the Mark 43, Mark 44, and Mark 45, three armored suits that would be worn by Iron Man (Robert Downey Jr.) throughout the film.

While the film was still in production, we began collaborating with VFX supervisor Christopher Townsend to design the next iteration of Stark Technology, and bring Age of Ultron director Joss Whedon’s vision to life. Cinema 4D was used to conceptualize and develop several new assets, and create elaborate 3D photoreal and dimensional environments for the Iron Man HUDs. C4D’s flexibility allowed us to stay focused, conceptualize new ideas, and improve on existing material. One of the more challenging shots involved a transition from a live action plate to a CG schematic. Camera tracking data and render passes from Cinema 4D allowed us to bring this shot to completion. https://player.vimeo.com/video/148401465

Less recently but still notably, we have used Cinema 4D and After Effects on projects including Iron Man 3, Captain America: Winter Soldier, The Hunger Games: Mockingjay Part 1, Guardians of the Galaxy, Need for Speed, and The Avengers.

Novedge: We start getting a clear picture about your software preferences…..anything else we should know about your pipeline?

Cantina Creative: We are huge fans of Adobe and Maxon. We begin our design process in Illustrator/Photoshop and then we seamlessly import those files directly into After Effects. Here we will organize the elements into layers and precomps, before animating and compositing the shot. For CG work, we primarily work in Cinema 4D, though there are more than a few of us well versed in Mayaand other 3D programs. In terms of bringing CG assets into After Effects, the workflow between Cinema 4D and AE is unparalleled. As a company that works with an abundance of CG elements, the ability to move between programs quickly and effortlessly is a must. For tracking, we use a couple of different programs including Mochaand PFTrack. To render shots out of AE, we use a background rendering applet called “AErender,” which utilizes the After Effects Render Engine to render projects in the background. This is a lifesaver, as it allows us to continue working while After Effects projects are being rendered. For videos explaining our process, and showing some behind the scenes work check out the these videos here and here.

Novedge:  Your work was featured in many recent action movies; is there a project that was particularly rewarding in terms of experience? Why? https://player.vimeo.com/video/148405968

Cantina Creative: Furious 7, supervised by Cantina veteran Tony Lupoi, is one of the most rewarding films we have worked on to date. Because our job is to create content that enhances the story without distracting from it, our work doesn’t always attract as much attention as we would like. This film was different in its use of our Designs and Animations for the “God’s Eye.” The “God’s Eye” is a device that is constantly locating, hacking, and accessing all sources everywhere. We worked closely with VFX supervisors Michael Wassel and Kelvin McIlwain to bring the God’s Eye to life. It was akin to having the aesthetic and creative control over a main character in the film, while still allowing our work to be integrated effectively into the content of the plot.

Developing the visual language of the God’s Eye – how it calculates, processes, and moves – was a huge creative challenge. Another was determining the way the God’s Eye would be utilized by different devices throughout the film, constantly changing its layout depending on which character had it in their control. To achieve this, our lead designer Alan Torres executed a multitude of different design layouts in a modular way, by designing based on a library of established assets and modifiers. This made the design and animation process for the devices faster, and easier to manipulate if we received notes. With such a high shot count, the development and implementation of this workflow was an extremely rewarding experience.

Novedge:  Do you do any experimentation?

Cantina Creative: We always try to experiment and learn new skills so we can grow as a company. When we have time between projects, we explore different programs, workflows, and techniques. Many times certain projects will lead us to learn something new while solving creative challenges. More recently we have begun dabbling in particle simulations and fluid dynamics. This has already been a great help on some of the projects we have worked on and will continue to be used in future projects.

Novedge:  Tell us a fun fact about Cantina Creative?

Cantina Creative: Something really fun about Cantina is our love of leisure sports. Crowd favorites are cornhole, foursquare, ping pong, and volleyball. We even have our own custom cornhole boards! Company wide tournaments happen every so often, and they can get pretty competitive. 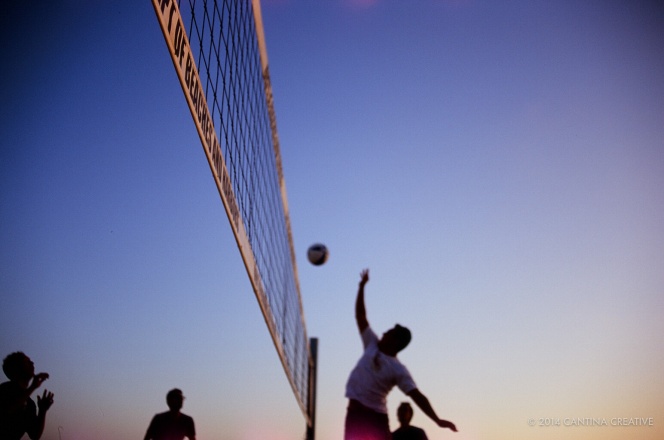 Novedge:  Is there an artist or filmmaker you would like to work with but you didn't get a chance….yet?

Cantina Creative: Everyone at Cantina is a huge fan of Star Wars, so the opportunity to work on the Star Wars franchise would be awesome.

For more inspiration and all the Design Tools, at the best price, visit Novedge. 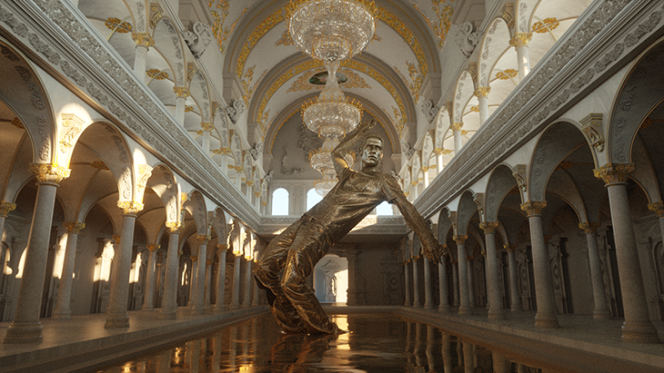 The Edge: Aixsponza, sowing the Seed of 3D Motion and Design.

What's New in CINEMA 4D R17 and How to Get the Best Deal!