Ted Kane: I am an Architect and the Design director at Kane A|UD, which is an Architecture and Urban Design practice based in Brooklyn New York. With my office, I work on Architectural projects ranging from residential, new construction and interiors; up to large scale commercial and civic projects. I also edit and publish an online photography journal called Polar Inertia, that focuses on documenting the built environment, and relies on contributors from around the world. So, I would say primarily what I do is Architecture, but my interests also extend toward urban research and photography. 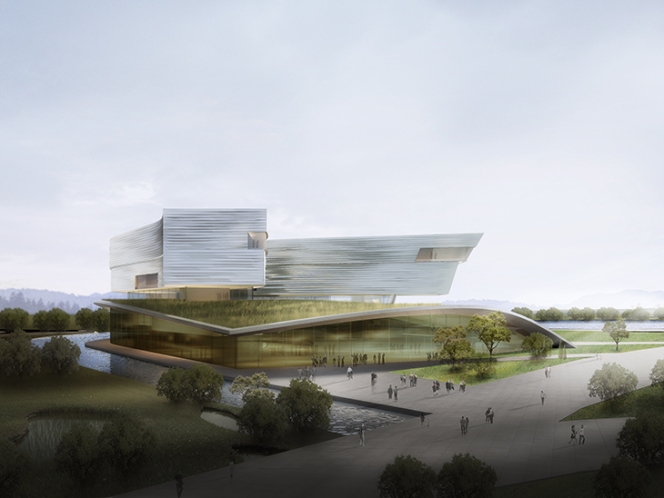 The site is adjacent to the Grand Canal whose original construction dates back over 1000 years. The location has special significance also because the historic Baodai stone bridge is directly adjacent to the site. The museum project was one component of a newly established river parkway, so we sought to minimize the impact of the building on the surroundings by hiding the majority of the mass of the program below the landscape as an extension of the park, allowing the main gallery spaces to become the primary design elements. The raised Galleries extend over the landscape and provide direct views toward the Baodai Bridge and river park. We felt it was important that the building be inviting to the public, so the ground floor is opened up to the park and provides free public amenities that can be shared with the museum lobby.

Internationally, we also recently worked on the design for a 230 room Hotel in Dubai. This project will rise in a new pedestrian oriented development along the light rail line in Downtown Jebel Ali. We designed the hotel ground floor lobby and commercial spaces to be open and connect to the adjacent pedestrian walkways through a covered portico that we extended along the perimeter. We raised the hotel spaces above this commercial plinth and extended out balconies wrapped in a woven metal facade which provides sun control for the hotel rooms. This wire mesh skin also has interwoven LED’s so it can become infused with graphic imagery in the evenings, and mark the building as a destination point for the area.

In New York,  we recently completed the concept Design for 11 unit residential Condominium Tower in the Chelsea neighborhood of Manhattan, near the high line park. The lot behind the site was a low warehouse that had sold its air rights to other developers and would never be built up, so we proposed extending a landscape roof over this building to create a 200’ long pocket park facing south, as an added amenity. Each floor of the project consists of two through-floor condominiums with North and South access to light and air, and at the top is a two story penthouse unit with a roof deck. We wrapped the façade with landscape planters that help in filtering the air and provide a unique floating garden affect to the units. We designed the project through concept design and unit layouts, but in the end the developer wasn’t able to procure ownership of the site.

Also in New York we recently completed schematic design on an addition to a single family house in Queens for a modern furniture collector and dealer. The addition consists of a narrow double height gallery space on an adjacent lot which will be used for the furniture storage and display. We also created an extension to the back of the existing residence with a new kitchen and master suite.

Novedge: What technologies do you embrace in your design process?

Ted Kane: I find it’s important that the projects be developed through 3D models from the beginning to allow for quick spatial studies and iterations of a design rather than be limited to plans or elevations. We design primarily with digital models, but we also like to make physical models by hand or with 3D printing technology when possible, so that the design can also be reviewed and critiqued outside of the computer screen.

Ted Kane: For design software, we mostly use Bentley Microstation Building Designerwhich I prefer because of its precision in 3D modeling and ease of coordination to 2D production drawings. From the Bentley 3D models we are able to extract the 2D drawings which saves time and assures coordination, similar to how a lot of firms use Revit. We also uses Rhino for some of the more complex surfaces, and we use that program in combination with iGeowhich is a Computational Design software developed by Satoru Sugihara. With iGeo you can quickly study iterations of more complicated surfaces and design geometry, particularly façade systems like on our Dubai Project. We frequently collaborate with Satoru’s company ATLV for optimization of the design geometry.

Novedge: How did you discover Novedge?

Ted Kane: It was through doing some research on the Maxwell rendering software that I came across a tutorial and training seminar on YouTube that was sponsored by Novedge. It provided a good introduction, and we ended up purchasing it through Novedge.

Novedge: You are also an author and you wrote a book about Migrating Urban Systems. The meaning of Urbanity is expanding,  how can Architecture adapt?

Ted Kane: Yes, the research and the book came about when I was living in Los Angeles after graduating from UCLA. Living there I became fascinated by the seeming lack of fixed landmarks in the city and its endless horizontal extension until dissolving into the desert. For me, this fluidity was visible in the infrastructure of the city, so I started documenting some of the systems that I felt defined the city and were mostly invisible on maps or blended into the background scenery. These studies included documenting the taco truck culture, the homeless communities living in RVs on the streets of LA, and the Cell phone towers camouflaged as palm trees. 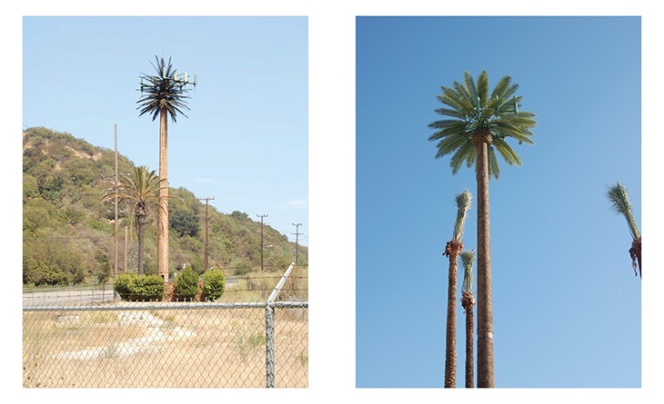 The cell phone networks in particular linked all these systems and allowed for constant communications even within the physical dispersion, allowing for new communities to form and collaborate. I feel like this tendency toward mobility and fluidity is not only a Los Angeles phenomena but comes from the technology that is now present in every city and which is freeing it from geographic constraints. There is a freedom to having individual connectivity and the mobility that technology brings, but what I explored in the book is that there can also be a danger in the tendency now, for urban development, to be handed to private interests. This is evident in the privatized infrastructure of the communications companies but extends into privatized bus systems, privatized prisons, privately operated parks, etc. I believe it is an important role for Architects and Urban Designers to protect the civic interests so that,even within these new privatized systems, cities can continue to operate for the larger public good, rather than solely for market forces.

Novedge: Prior to establish your own firm you worked for Morphosis and Pritzker Prize award winning Architect Thom Mayne. What are the rewards and challenges of having your own business?

Ted Kane: Yes, I was with morphosis for over 12 years which provided a great opportunity to work on projects like the University of Cincinnati Recreation Center, Eugene Federal Courthouse and Giant Group Campusin Shanghai. I think the biggest challenge with starting an office is that you no longer have the luxury to focus solely on the design and detail aspects of projects, but spend as much time on the administrative, staffing, client development, and financial planning that are essential to staying in business. It’s actually been refreshing to work in these different aspects of a project and learn more about contracts and crafting a business strategy, which is something that tends to be shielded from the Architecture design process at most offices. The other rewarding aspect has been working more directly with clients and building their trust. It been interesting to discover the personal nature of the client relationship, and the role you need to fulfill as an educator of the design process, and interpreter of the client’s need, while also establishing your own voice in the project.

Novedge: How do you feel about BIM. Is BIM the new black for Architects?

Ted Kane: I am always amazed by the inefficiencies that happen in the Design and Construction process which I think 3D Modeling /BIM is helping to improve. We are not far from the time when the 3D model and the data it provides will be the main resource from which a project is built, rather than a set of 2D documents that are easily misinterpreted and miscoordinated. Having 3D design models that get transmitted into factory production is something we are already seeing with steel structural fabrication and advanced curtain wall fabricators. While at morphosis, I was the project Architect for the Cornell Gates Hall , and for that project the façade system was designed and coordinated almost completely in 3D, as the 2D drawings were useless for describing the complex geometry involved. We worked with the façade subcontractor Zahner  who took our model and created 3D shop drawings for final review and coordination before fabrication. It is only a matter of time that the rest of the construction industry catches up to this way of working. I thinks it’s good to see more architects embracing BIM, which will help to transition the industry away from the traditional 2D based methods of documentation and construction.

Would you like to discover more about  Zahner? Check out our interview with Director of Engineering at Zahner Paul Martin, on the Novege Blog.

To keep up with Ted Kane's work check out  Kane A|UD and think about displaying Polar Inertia on your coffee table!

And this is where you can find Novedge on Twitterand Facebook. Novedge is the best way to buy Design Software online!

The Edge: Paul Martin, Director of Engineering at Zahner 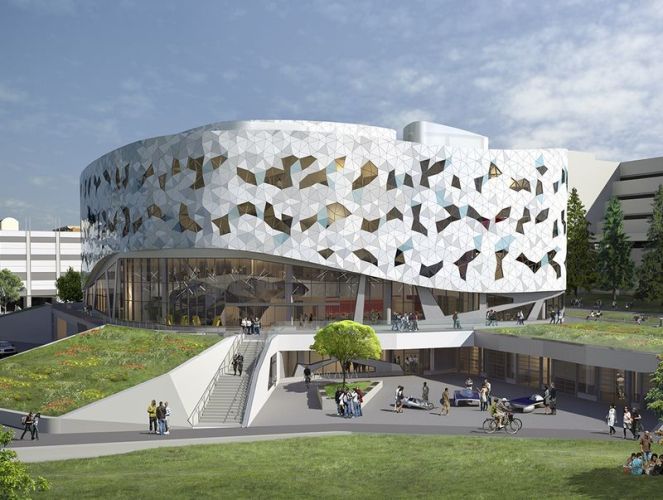 The Edge: Mesh, Applied Mathematics for the Digital Design Industry. 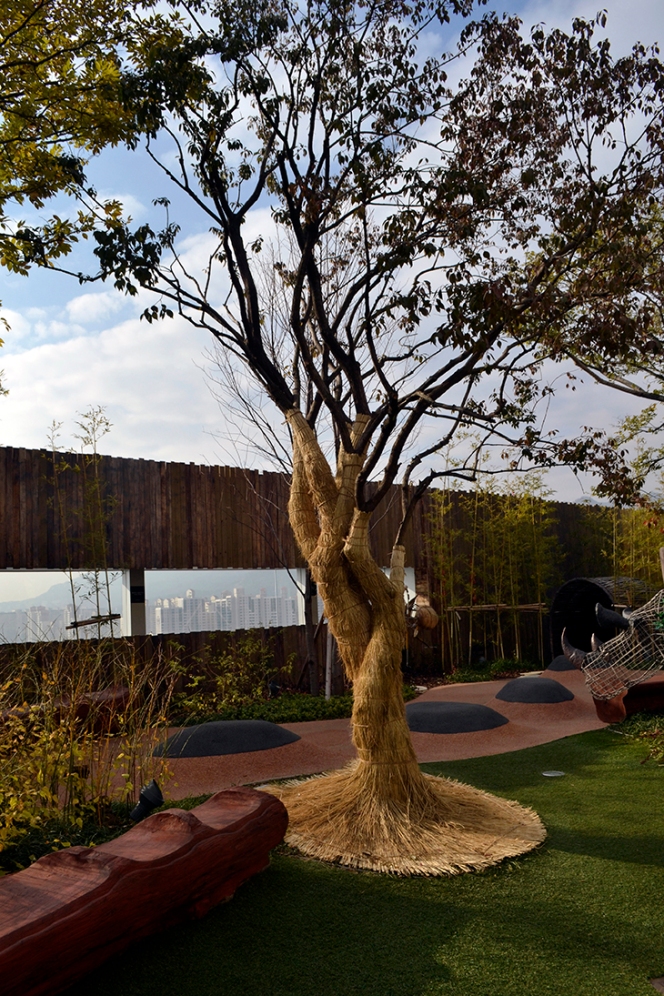 V-Ray 6 For Revit is Finally Out!