The Edge: Anthony and Danielle 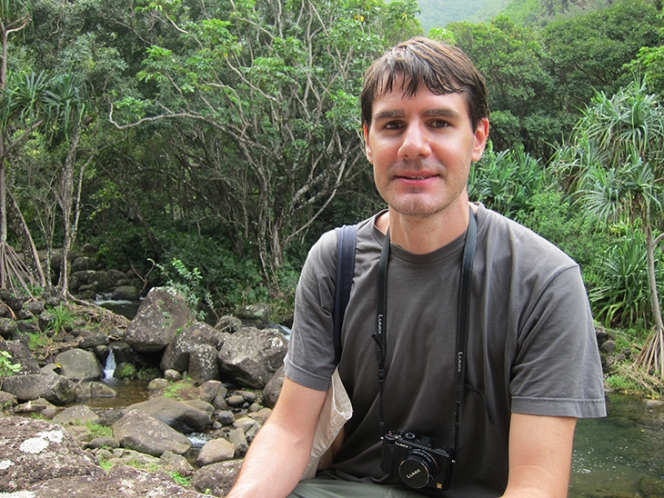 Novedge: Tell us a bit about who you are
and what you do

Anthony Cerniello: I work primarily as an editor: I cut
music videos, commercials, short films, and long form television. I
was born in New York and lived there most of my adult life before
moving to Los Angeles at the beginning of 2013. I make short films
and write music in my spare time, and write. I do this to balance out
my editing work and stay true to myself.

Kings of Leon: The Bucket from Anthony Cerniello on Vimeo

Novedge: You have worked on commercials,
music videos, television programs and short films. How different are
these fields? Is there one you like the best?

Anthony Cerniello: These realms are very different. I like
all of them. They all present different challenges. In television you
have an opportunity to work with a great deal of material, and work
with sound design, which you don’t typically do a lot of in music
videos for example. With commercials there is a strong collaboration
with advertising professionals – creative directors, art directors,
copy writers and so on. Music videos are almost purely visual, which
makes cutting them a unique challenge. And short films are usually
very personal works where I am working closely with one person, the
Director. So they are all exciting and unique and stimulating.

Novedge: Your piece Danielle went viral:
how did you come up with the idea behind it?

Anthony Cerniello: I’m starting to hate that word – viral
– it connotes a short half life and I feel like it sort of relegates
the piece to a curiosity or disposable piece of entertainment. I
think my piece stands alone. It affects people on a personal level,
so much that when people meet me now they feel like they know me from
watching the piece. That makes me happy. As far as coming up with the
idea behind it, that is a complicated question to answer because
there is no one thing I can pinpoint. I made it for many reasons. I
was experiencing panic attacks and obsessive scary thoughts and
exhibiting suicidal behavior and worried about myself, in some way it
was a way of dealing with that. On another level, I wanted to try to
make a computer generated person, I felt that was a challenge I could
get excited about. I wanted to make something that was one shot,
because as an editor, I was cutting things up all the time and that
appealed to me, to slow things down and ask someone to sit with an
image for five minutes, almost like meditation. Also, of all the ideas I was thinking about, it was the
cheapest to make. I felt it offered
the largest sandbox to play in for the least amount of money. I could
make a person and do anything with her.

Danielle from Anthony Cerniello on Vimeo.

Novedge: Can you talk about your process
making Danielle?

Anthony Cerniello: Without going into all the minutiae, I
can tell you that Danielle was built with still photographs taken at
a family reunion in Los Angeles. Danielle is a real person, but the
film is a composite of multiple people, all of who are related to the
real life Danielle, who is a good friend of mine. The medium format
stills were shot by Keith Sirchio, who is also a friend and an amazing photographer. We shot the portraits, then headed back to New York. I remember we almost died on the plane ride back. We hit some bad
turbulence over the Rockies, and everyone’s luggage flew out of the
overhead bins, it felt like God punched the plane in the ribs. I was
drinking a bloody mary and it spilled all over my sweatshirt. The
flight attendant gave me a tampon to soak up the bloody mary, I’ll
never forget that. When we got back to New York, we had a friend who
worked at the U.N. and had access to a drum scanner, so we scanned
the stills and ended up with very, very high quality images to start
with. I brought them into After Effects and my friend Nate Meier
created the initial morph, which I attribute a large part of the
success of the piece to. He really did an amazing job. I knew I
wanted it to be very slow and subtle from the start, and I think that
is one of the things that maybe sets it apart…how slow it is. We
took that morph and wrapped it around a 3D head to give it depth, and
we animated eyes blinking, head movements, breathing, camera
movement, grain texture and a slow, almost imperceptible zoom in order
to hopefully draw the viewer in more intensely. A friend named Edmund
Earle did most of that work. When all that was completed, there were
still some imperfections in the skin tones and hair, and I hired a
Nuke artist named George Cuddy to smooth that out. At that point, the
visuals were completed and I had to score it. For me, this was going
to be the real fun part, because I could do virtually anything with
the sound design. I wanted to tell her life through the audio,
because the visuals were so clinical to a certain degree and felt
distancing. I worked with various people on and off trying ideas out
but it wasn’t until my friend Mark Reveley sent me a handful of
tracks very matter of factly that I came across the piece that ended
up being used – it was made with analog pedals and processed. I love
the way it sounds and think it has elevated the piece enormously and
his contribution I can’t stress enough. 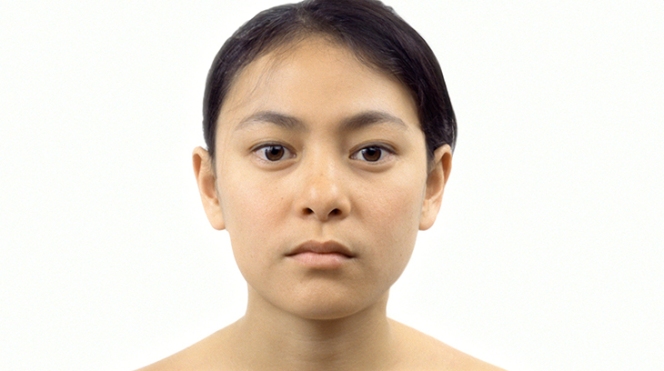 Novedge: What is a recent project that you
worked on?

Anthony Cerniello: The last thing I worked on was a music
video for a band called Cibo Matto. It was done with puppets. It’s
sort of a mix between the Brothers Quay and Tim Burton’s Nightmare
Before Christmas. I can’t speak too much more about it because it is
currently being put through a rigorous visual effects process, but I
had a fun time working with puppets. I had never worked with puppets
before and found it very funny. I think it will be out later this
year or in January. I can’t provide photos or video out of respect
for the process.

UGG “Spring is Here” from Anthony Cerniello on Vimeo.

Anthony Cerniello: I use Avid’s editing software. It’s by
far the best for me. I’m very proficient with it at this point because
I’ve been editing for a while. I also use Final Cut, but I don’t love
that software. It’s not as precise for me, and everything seems to
take two or three steps where with Avid it takes one.

Novedge: Can you tell us a bit about your
upcoming projects?

Anthony Cerniello: I have two that I am in the process of
securing funding for. One is a sci-fi concept that is about working
through a very intense emotional state, and coming to a point where
letting go is the key to working though a crippling emotional state.
The other idea is a visual poem that culminates in an image I love,
everything leads up to that moment at the end of the film. It’s very
short, less than three minutes, but it has a mysterious quality to
it, and it’s been on my mind for about 10 years.

100 Most Shocking Moments in Rock n Roll from Anthony Cerniello on Vimeo.

Novedge: What is the best advice you have
ever received?

Anthony Cerniello: I don’t think I ever received any good
advice. I learn from bad advice, which I find to be good advice on a
level too. My dad always told me never to get married and never to
have children. Thanks, dad. My friends told me what I made wasn’t
art. I believe in myself and my instincts. Those have served me well
and I don’t really seek out advice. I operate from my gut both in my
personal work and in my editing work. I’m happy with that, I think I
have good instincts.

And don’t forget to get in touch with Novedge on Twitter.

SketchUp 2022’s update gives you new design tools, new efficiencies, and a familiar but better experience. To see all SketchUp has to offer for 3D modeling in 2022, read on!

Are you looking for a new way to render your scenes?  With the New V-Ray 5, update 2 you can streamline your workflow and maximize your efficiency and performance.

With a wide range of innovative new features, RailClone 5 is now more optimised, more versatile, and more essential than ever before: with banking, support for lights, proxy cache, and much more.
Read More