Home  / NOVEDGE Blog  / The Versatility of V-Ray for Rhino

The Versatility of V-Ray for Rhino

Well, the answer is often YES!

Let me share with you a few example of the ways creative professionals like you are using V-Ray for Rhino.

Jorge Abich, from the Office of Cheryl Barton in San Francisco, manages a large portion of the construction documentation and administration process.  Because of the need to optimize quality and efficiency, he often researches and looks for new technology. He uses Revit, AutoCAD, SketchUp and Rhino with V-Ray for advanced modeling with rendering capability. You can read more about his work here.

You might be familiar with Brian's work if you have been following Novedge for a while. Brian recently joined the Global Design Technology Team at Woods Bagot where he leads efforts around Rhino, Grasshopper, fabrication, and analysis workflows. We interviewed him a little over a year ago, when he was the Technology Coordinator at City Tech, CUNY’s senior technology college in Brooklyn. Brian uses all sorts of software, but his favorite is Rhino, which capabilities he augments with Grasshopper, RhinoScript, RhinoCAM, RhinoNest , and of course V-Ray for Rhino. You can read more about his work here.

Matus and Veronika are not only fantastic artists, but a young entrepreneurs whose website, Flying Architecture, is a must for anyone looking to purchase 3D models for their work. After trying different programs in college, Matus chose Rhino as his primary 3D software ad uses it on a daily basis. When combined with V-Ray for Rhino, he finds the workflow to be very flexible and efficient, so that he can save time on a daily basis. Read more about Matus and Veronika's work on our blog.

I met Andrei while on a tour of the TechShop in San Francisco. Andrei has a background in architecture and engineering and chose to start his own practice. He uses a combination of Rhino, Grasshopper and V-Ray to design installations and custom made furniture among other things. You can read more about his work here. 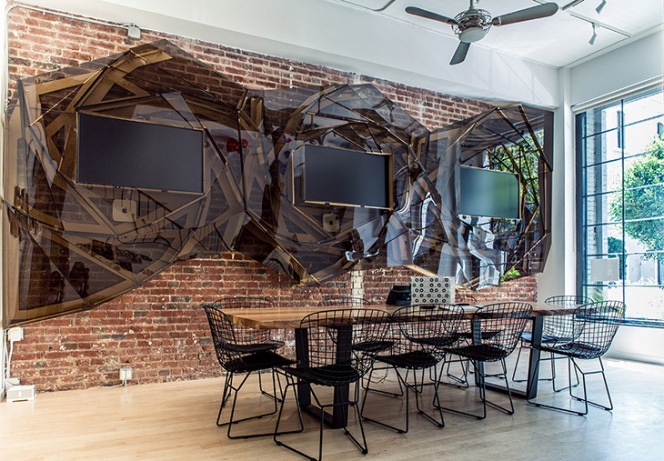 Jewelry designers are embracing digital technologies faster than ever, from parametric design to 3D printing. Maia Merav Holtzman not only uses Rhino to design her pieces, she also teaches other designers how to use the program effectively. Maia has taught a few webinars for the the Novedge Webinar Series, here's a couple of one for jewelry designers and one for product designers using V-Ray for Rhino.

And here's a tutorial from Christopher McAdams that will show you how simple it is to create animated sequences in V-Ray for Rhino.

Do you use V-Ray for Rhino? How? Tell us in the comments!

And don't forget to visit Novedge online to find all the design software you need, from Rhino, to V-Ray, from Revit to 3ds Max, and more.

The Edge: Andrei Hakhovich Branches Out

Addicted to V-Ray? Get Ready for V-Ray 3.0 for Maya