Al Boardman: I’m a motion graphics designer – I’ve been doing something like it for the last 12 years. I started out as a graphic designer in the UK, and because I couldn’t seem to get on well with having a boss, I started my own design business when I was 24. I developed a fascination with moving images, closed down the graphic design business and had a go at running a video production company. I moved to Chicago almost two years ago (where it seems to be winter most of the year!), and now I work independently. I enjoy working in Chicago, there’s lots going on. Most of my clients are US or UK based businesses or agencies.

Novedge: What is or has been the biggest influence on your work?

Al Boardman: There have been too many to name. Transitioning into motion design came relatively naturally to me, after a background in design and video production. But I was greatly helped by my good friend James Ward, who runs a fantastic motion design agency in the UK, called Scubaboy. I love pretty much anything that comes out of the Buck studio and London-based Animade are amazing. I’m very interested in film and tv title design too, so naturally am in awe of Kyle Cooper and Danny Yount.

Novedge: How do you collaborate with clients during the creative process?
Al Boardman: I do very few face-to-face meetings these days, mostly I work with clients online and on Skype now and again. The process generally begins with a storyboard, where I sketch out a few ideas and share them with the client. I’m rubbish at drawing, so I quickly move on to style frames, bringing the creative, illustrations, colour palette, fonts and any other elements that will go into making up the video together. I like to get this 100% agreed before moving on. Then I start the animation. Most projects I work on are between 1-2 minutes in length and take roughly 3-4 weeks to produce.

Al Boardman: I’ve recently finished a one minute video for the Oscars special episode of the Charlie Rose show. The producer of the show asked me to come up with some scenes that showed a selection of the Oscar nominated films that they’d had guests on for over the previous few months: like Gravity director Alfonso Cuaron and Sandra Bullock, Cate Blanchett, Director Steve McQueen, Chiwetel Ejiofor and Michael Fassbender for 12 Years a Slave, and Martin Scorsese, Leonardo DiCaprio, and Jonah Hill for The Wolf of Wall Street. There were eight films in total, and we had to show each film in a creative and engaging way to introduce the Oscars special show. 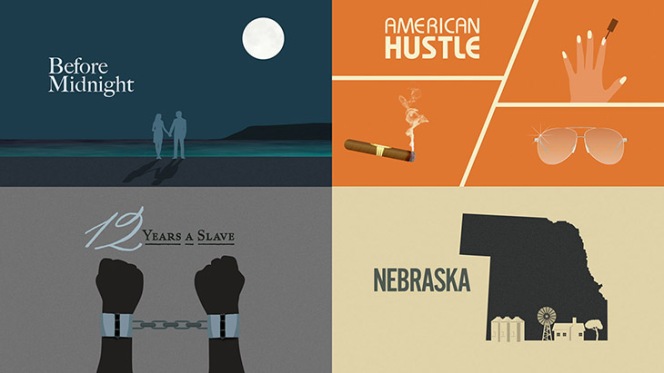 I made some very rough sketches, 2D illustrations based on concepts or symbols within the films, with some key transitions from one film to the next.

We went back and forth a little, elaborated on a few scenes and I set out to create the first set of styleframes. I was provided with the film titles to animate into the piece, so I had to plan for that as well as bringing more life to some scenes, like adding the landscape to the Before Midnight section.

Obviously, it was exciting to produce something for such a historic show. But it was a particularly great project because I was given creative free reign. Although the TV deadlines were inevitably tight, I was pleased with how it turned out and it seemed to go down quite well. I was delighted to be awarded the Vimeo Staff pick for it, which for me is a bit like winning at a film festival. Not that I’ve won anything at a film festival!

Novedge: What does your workflow look like? What software do you use?

Al Boardman: As discussed, drawing’s not my biggest strength, but I do usually begin with pen and paper. I produce almost all of the creative for a project in Adobe Illustrator and make good use of the layers here, which happily can be imported into Adobe After Effects, where I spend most of my time moving keyframes around, searching for that perfect curve in the graph editor (I haven’t found it yet, but I keep trying) and animating shapes. I’m not particularly technical, I have a real passion for good design, but I’m still learning all the time. If a project needs a basic audio mix or some sound design, I’ll use Adobe Audition – but I’m certainly no expert here and normally try and send a video off for sound design if it’s anything vaguely complex. I occasionally use Adobe Premiere to edit or grade.

Novedge: You love architecture: which architects would you like to work with to produce motion graphics work?

Al Boardman: My parents-in-law are both architects, so I enjoy a bit of education whenever they come to visit Chicago, but I’m no expert. Living in Chicago, naturally I’ve developed a love of Frank Lloyd Wright, Mies Van Der Rohe and Bertrand Goldberg. I have just come back from a trip to Palm Springs where I stayed in a mid-century modern hotel by architect William F Cody, which felt very chic and stylish. But they’re all dead, so that would be tough working with them… Frank Gehry’s Pritzker Pavilion in Millennium Park grabs me every time I see it. His organic shapes would certainly be a challenge to animate, but an engrossing one! 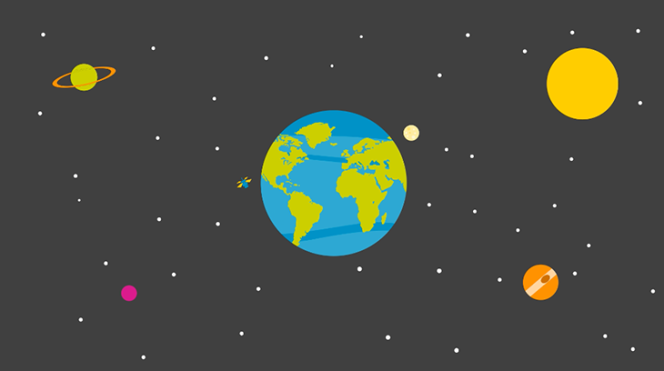 Novedge: What is the best advice you have ever received?

Al Boardman: I have learnt to take advice with a pinch of salt, to be honest. I’m quite driven by nature (read: stubborn). I am far better at learning from my own mistakes (of which there are many) than following instructions. I really love what I do and I’m lucky to be able to do it, but I don’t really subscribe to the Jobsian philosophy of ‘do what you love and don’t settle for anything less’. I think it’s an idealistic way of looking at things and bad advice for anyone looking to break into the creative industry (or any industry frankly). We all do things that we don’t love, it’s a basic requirement of work. The trick is finding a reasonable balance.

Altair Inspire Studio is the new solution for innovative designers, architects, and digital artists to create, evaluate and visualize designs faster than ever before.
Read More

This Free Trial Will Change the Way You Develop Your BIM Models!

Discover CYPE, Technical Software for Architecture, Engineering, and Construction  We would like you to get a good look at CYPE  by issuing a 90-day FREE Trial.
Read More