Novedge: Introduce the team behind the film Hybrids. 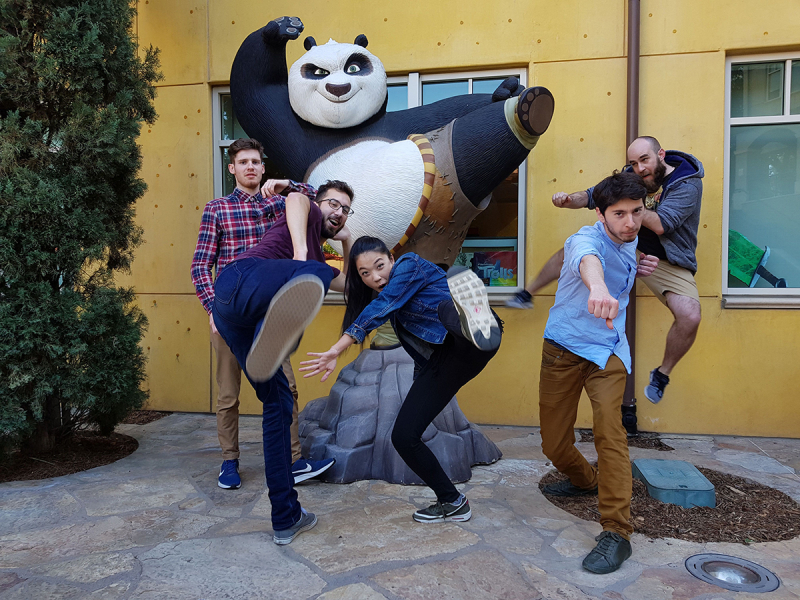 Hybrids Team: We are 5 co-directors, coming from France, Switzerland and New Caledonia. We got together at School MoPAin Arles (France) and Hybrids was our graduation short film. Four of us grew up next to the sea and that was why we chose to showcase the pollution issue.Hybrids – Film from HYBRIDS on Vimeo.

Novedge: What was each and everyone's role in the production?

Hybrids Team: It was kind of unusual:  all five of us were co-directors and, at the same time, we were the artists working on the short film. Each one of us was skilled in his own field on top of having a strong knowledge as a generalist. That helped us a lot to define who would be in charge of what, while receiving directions and feedback from the others. It was a department based collaboration, where each department had one lead and four artists. Romain Thirion was in charge of the design, sculpt and shading of the main characters; he also did the compositing. Florian Brauch took care of the layout, did half of the animation and did the crabs’ rigs. Yohan Thireau was the one doing the rigs of the main characters and the other half of the animation. Kim Tailhades was responsible for everything related to the squid and all the lighting and scene assembly.  Matthieu Pujol was the one covering everything related to the crabs and all the FX of the film. We all took part in the sound effects as well. We were lucky enough to have a partnership with the MAAAV School of Music. One of its students, Vincent Govindin, helped us by creating the original score.

Novedge: Hybrids was a simple graduation short, how did you get it noticed outside the "classroom" ?

Hybrids Team: At first we didn’t do anything. Our school has a partnership with a distributor that submits the shorts to festivals. One of the first festivals we won (Sitges Film Festival) made Hybrids eligible for the 2019 Academy Awards (the Oscars). At the time, some friends from school (one school year ahead of us), were able to share with us their experience as 2018 Oscars nominees (their short film was called “Garden Party”). We started promoting Hybrids as much as we could.

Novedge: How did you come up with the idea?

Hybrids Team: The idea came from Romain who’s from Cannes in the south of France. As a diver and an observer of the underwater fauna he noticed that over time the fish were fewer and fewer while the amount of trash in the water was increasing. Every time he would spot something shiny buried in the sand, it turned out to be a bottle cap instead of a living creature. That was the first spark of the idea that inspired the film. Our aim, when creating Hybrids, was to denounce this change.

Novedge: Who decided the "mood' of the film?

Hybrids Team: We were all on the same page about the look we wanted. Because we wanted to bring awareness to the issue of ocean's pollution, we had to be as realistic as we could to make sure the audience could connect to it and feel the urgency. Going from something more naturalistic to something a bit more theatrical or dramatic was our way to tell the story and push the spectator to some reflection.

Novedge: What software did you use?

Hybrids Team: We created the characters in ZBrush, it allowed us to sculpt them and see very quickly if they were working out or not and we were able to make quick changes to obtain the final results. Once we had those sculpted characters, we used Autodesk Maya to rig them and animate them. We used Substance Painter for the texture. To manage the crowd of crabs we used a plugin called  Golaem that allowed us to manipulate hundreds of crabs at the same time. We used Houdinia lot to generate mosses or trash fields. We used it as well for all the effects. We rendered everything on Arnold for Maya and finally we did the compositing on Nuke.

Novedge: What were the biggest challenges with the production?

Hybrids Team:From very early in the concept stage, we knew that we would have some huge challenges. We wanted to play with animals' scale, we planned on having a lot of animals both tiny and huge, sometime in the same shot. We tried to be careful on the time spent on each production stage, and we tried a lot of different things to figure out the look we wanted. We tried to run early tests and we went quickly in a previz stage to lock all the key moments of the film, trying to avoid redoing multiple time the same shot or sequence. We knew that we would have to learn new stuff during the production, since we never used crowd before, and almost all the film is underwater. We had to adapt the animation, the lighting, the way we were doing the fx and the compositing. It's like we had to learn everything all over again. Luckily we all completed some professional internships and we tried to bring everything we learned to the table. We built the team so we could cover all the fields: we had Romain for Concepts, Modelling and Compositing / Kim for Environments, Lighting and the Squid/ Yohan for Rig and Animation / Florian for Layout and Animation and Matthieu for FX and the Crabs. As for the hardware, we used our own computers and we were able to render on the school computers during the night. With 8 teams in the school, all with the same deadline, you can imagine how challenging it was to share the resources. We had to be smart and ultra efficient with the renders or simulations to avoid long render time.

Novedge: What were the biggest rewards?

Hybrids Team: Other than actually completing the project, the biggest reward was to be present during our graduation jury, where we faced the audience for the first time (2000 people in an old movie theater). Seeing everybody watching our movie was something special for us.

Novedge: Now that you have graduated, is any of you working in animation?

Hybrids Team: We are lucky, we are all working in the industry right now albeit scattered around the world. Matthieu and Florian are in Montreal doing FX and Animation at DNEG and Framestore. Romain is in London, doing some Concepts for ETC. Yohan and Kim are in Paris, working on a feature animation film at Primalinea and doing rendering at Unit Image.

Novedge: Are you ever considering getting the team back together for a new project?

Novedge: What's the best lesson the making of Hybrids has taught you?

Hybrids Team: I think it was really about working as a team. We knew that we didn’t have a lot of time, so we tried to be smart on every decision we made. We were doing a lot of tests early in production to be sure to know where we wanted to go.

Novedge: What would you tell a young person that wants to work in your field?

Hybrids Team: Be passionate about what you do. Stay open to news ideas and learn from experienced people. Work hard to learn and practice. It seems obvious, but the more you practice, the more you sharpen your eyes, and then the technique become secondary and you can focus on what you really want to tell. 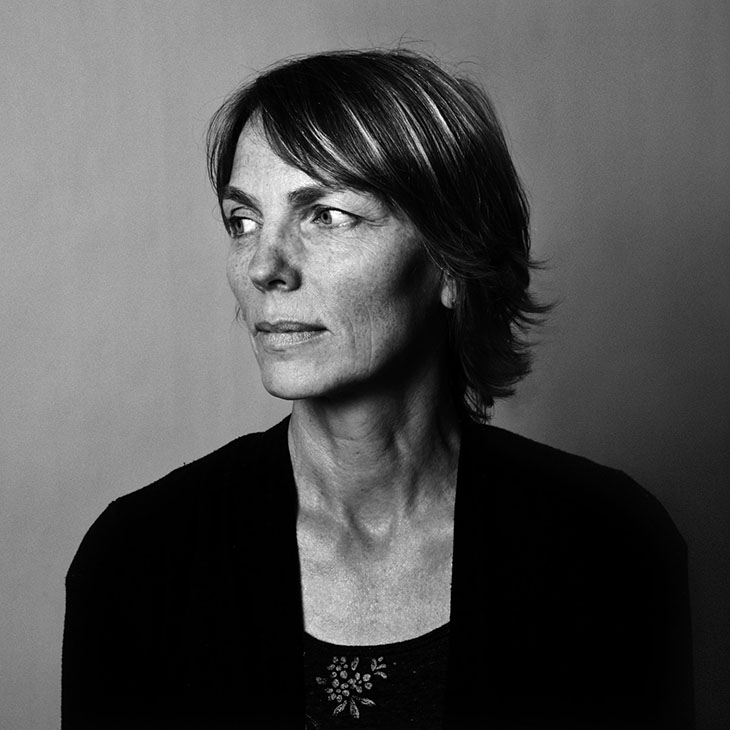 The Edge: Torill Kove, Animated Short-Films with a long distance 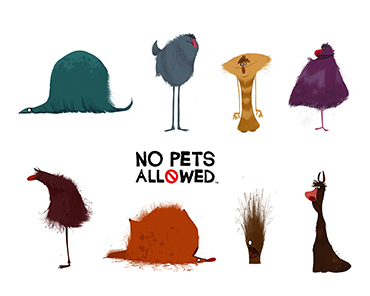