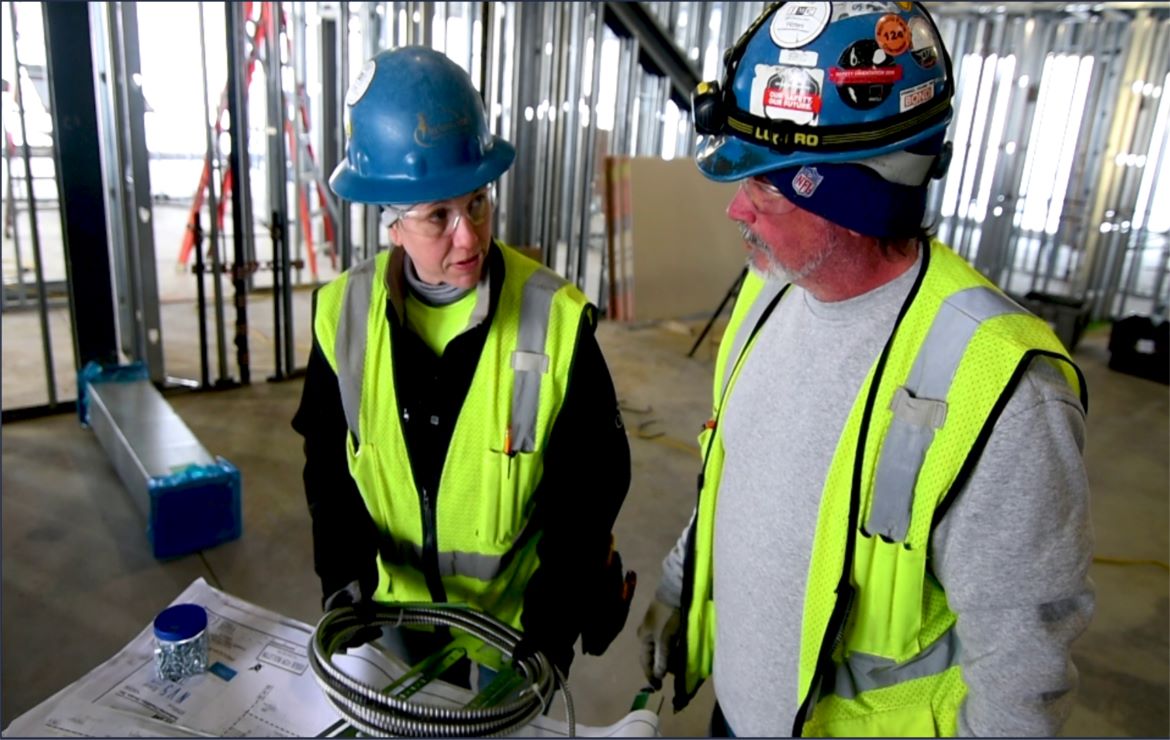 When Brian Harlow joined Interstate Electrical Services Corporation (IESC) in 2011, the construction industry was poised for transformation. Teams were beginning to replace paper with iPads and tech platforms. Building information modeling (BIM) was on the brink of making inroads in construction.  Brian recognized the power of BIM.

“I’d been using AutoCAD in the engineering department when the detailing opportunity at the Operations Center opened up,” said Brian, now the VDC/BIM Specialist across Interstate’s footprint. “I taught myself Revit when there were three detailers at the company. And ever since, we’ve been learning, growing the team, and transforming how we work.”

The broader construction industry is making ever-increasing investments in digital construction tools and processes.  The same is true at Interstate. A family-owned company since 1966, Interstate spans six New England states with more than 600 employees. Today, with Brian as the technology lead for visual design, he is responsible for investigating new technologies that will enable Interstate to stay at the forefront of virtual design for construction.

Interstate’s engineers, BIM coordinators, and detailers orchestrate their efforts at Interstate’s Operations Center in Tewksbury, Massachusetts, a 100,000 square foot manufacturing and warehouse facility. Here, project coordinators and detailers fine-tune the models and install instructions to exacting detail. Fabricators assemble the units to UL Certification standards, under direct supervision of licensed electricians, and more crews package and ready the units for shipment often weeks in advance of install. Every piece of inventory is accounted for and barcoded in the system. 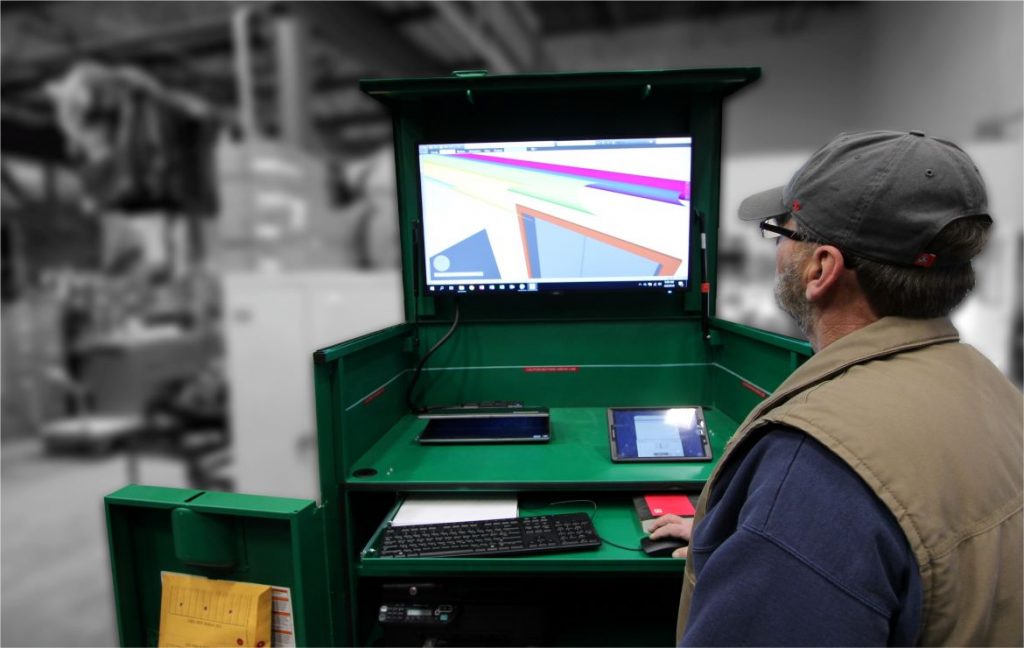 “We’re not a manufacturing company,” said Brian. “But every day we use technology, we become more of one.”

Brian describes a symphony of logistics all the way to the worksite. Materials arrive exactly when needed, not cluttering up the site in advance. By the time the electrical units reach the field, most of the guesswork at install is gone.

“Imagine yourself in a building that has no skin,” suggested Brian. “It’s freezing. The wind is blowing. And you have to put together 500 electrical boxes for switching. It’s an accident waiting to happen. Now, pre-assemble those boxes in a climate-controlled shop, and you’ve eliminated a lot of risk and time loss.”

Another advantage, says Brian, is their workforce needs. As the construction industry faces unprecedented labor shortages, Interstate does more with less. Brian described a recent multi-million project requiring 14 miles of conduit to be laid underground. Two other electrical contractors that won the job backed out. They estimated needing 50 electricians to complete the work on time but didn’t have the people. Interstate, with its prefab approach, took over and completed the job with half the labor force.

General contractors are taking notice. Interstate is getting repeat business from GCs who have witnessed IESC’s speed and accuracy. One such GC is R.H. White Construction.

“Their projects are planned well in advance,” said Shawn Semo, Division Manager at R.H. White. “And when the materials show up on site, the documentation is all there. Installation is seamless. It has a tremendous impact on the schedule of the project. It’s just smoother.”

Workforce of the future

Transforming Interstate’s workforce has not always been easy. Many at the company have been running construction jobs for more than two dozen years. And few people are as naturally inclined to technology as Brian. While prefab has been the norm for IESC for over seven years, other coordination processes from the field to the office remained analog. Then the pandemic hit, and Brian says, “everything changed.”

Interstate started moving all its projects to the cloud with Autodesk Construction Cloud. Crews communicate through Microsoft Teams. Office teams worked from home at the height of the pandemic and are moving to hybrid schedules now. Field teams coordinate with the office almost entirely by computer.

“My phone barely rings now,” said Brian. “People were wary of change, but we didn’t have a choice. Some could barely turn on a laptop before, and now they’re doing digital markups.”

From elementary school to electrician

For Luiza Mills, Vice President of Human Resources and Marketing at IESC, the digital transformation of the industry changed how her team interacts with candidates – and who those candidates are.

Interstate built an inclusive and comprehensive recruiting process rather than a separate program, said Luiza. “We’ve broadened our scope to non-traditional audiences like veterans, people with disabilities, women and minorities.” 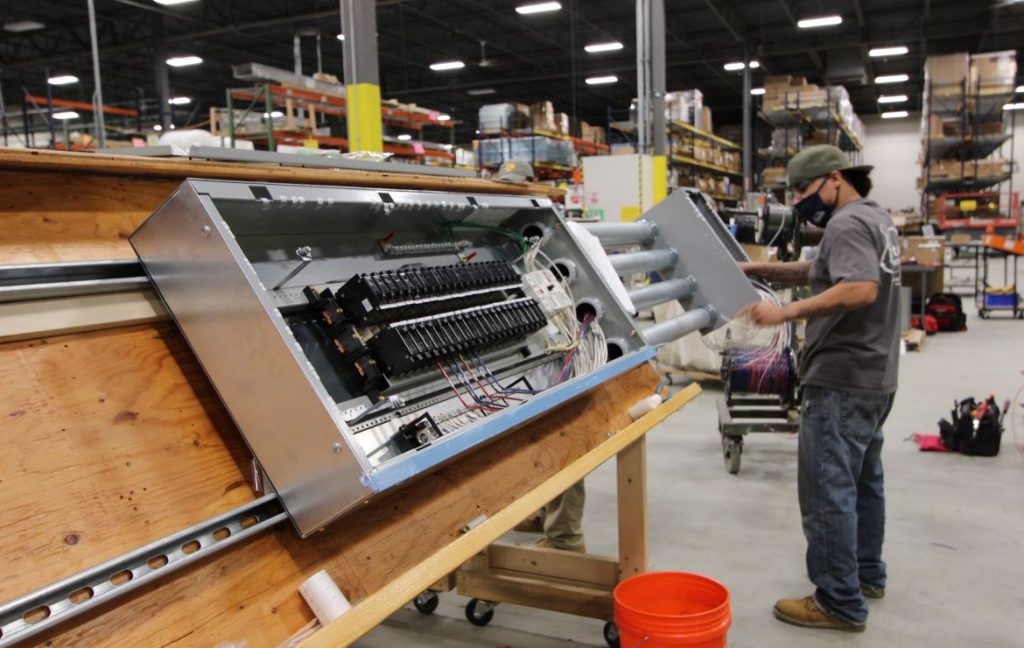 Attracting the next generation to the trades is important too, and IESC thinks outside the box when it comes to reaching young people. For example, candidates may interview in person, by phone, or in some cases, by Snapchat. “There are new ways of communicating because of digital transformation and we want to capitalize on them.”

Luiza and her team dig even deeper and work to inspire young people as early as elementary school. “We want these young people at an early age – these most formative years – to know it is ‘ok’ to be a princess, an astronaut, or a firefighter, but why not an electrician or an estimator, or project manager?” Luiza points out most everything we build requires electricity. “We want to open that door at an early age to share the amazing things you can do in the trades.” The hope is this will make the trades more appealing to early on rather than trying to convince someone during their senior year in high school.

“We go to schools at all levels to demonstrate the digital transformation and technology used in the industry today—virtual reality, a 3D BIM model. We are speaking their language now; it is a video game for them. They can actually walk virtually through a jobsite and we see the smiles on their faces.”

Luiza and the Interstate team are breaking through—helping new talent pools understand they can have a fulfilling career as an electrician and that the trades are “no longer this archaic field where you are moving a boulder through a desert.”