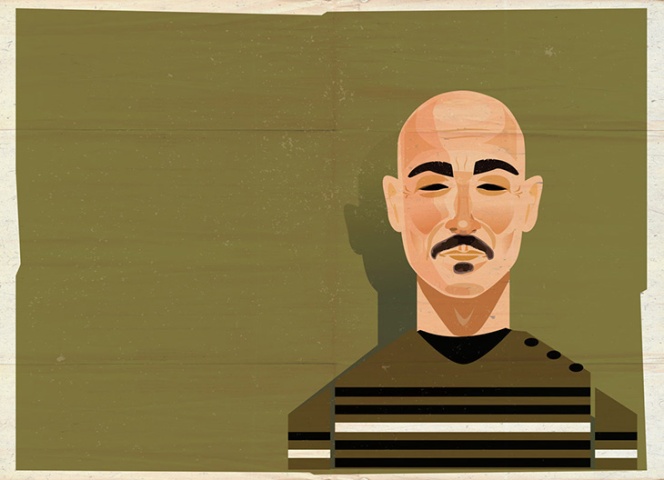 Federico Babina: My name is Federico Babina. I am an Italian Architect and Graphic Designer (since 1994) that lives and works in Barcelona (since 2007);  above all,  I'm a curious person (since forever).

Being an Architect and Graphic Designer that dwells in both areas, I especially enjoy when the two disciplines meet and intersect. Sometimes I am an Architect with a passion for Illustration and others I’m an Illustrator in love with Architecture. I 'm fascinated by the idea of being able to blend the world of Architecture and Illustration; transform the one into the other, and vice versa. Every day I try to rediscover a way to observe the world as through the eyes of a child. Children are able to have a vision of things totally uninhibited and without the conditioning of  experience. Children's drawings are always amazing and beautiful in their spontaneous simplicity and clarity. 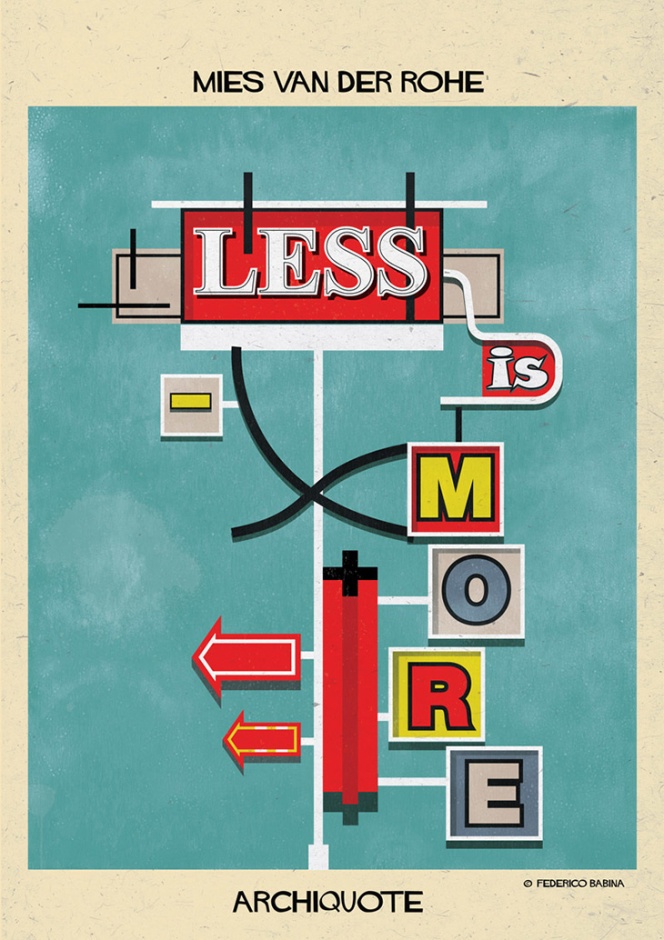 The idea behind the project was to use famous Architects' quotes, and create a poster reminiscent of the aesthetics of the Architects themselves. Sort of an advertising sign that would relate Architectural's thought. Billboards that evoke a Las Vegas of Architecture , where the phrases  mirror the work done with volumes and space. 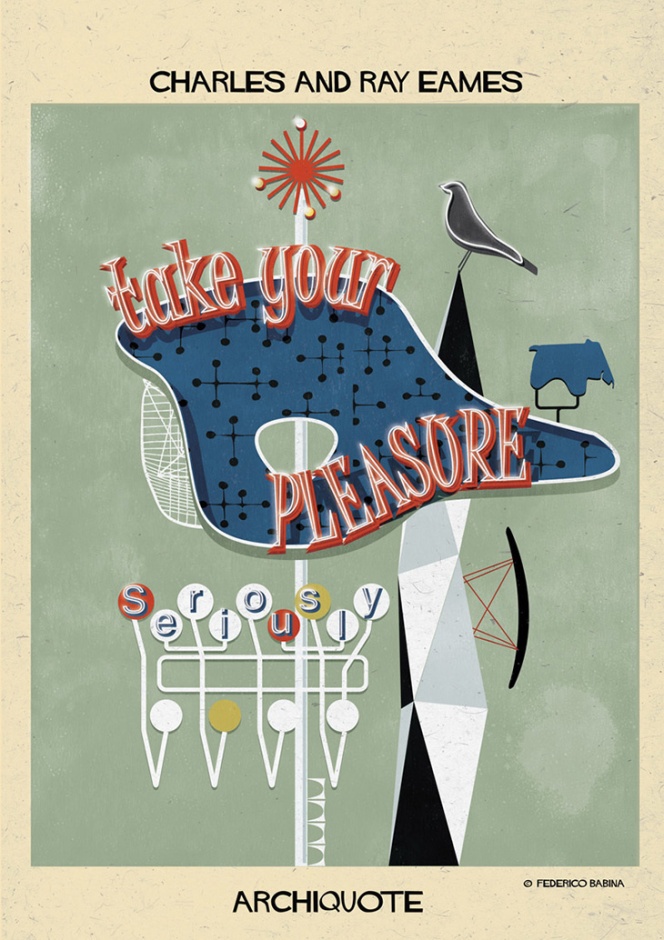 Novedge:  Where do you find inspiration?

Federico Babina: Each of my projects passes through various stages of formation and in each stage the references are changing. Many things inspire me but none in particular. I have many lovers but I do not want to settle for just one of them. People, animals, nature… anything pulsating with life;  I do not really believe in "inspiration". The ideas are there waiting for us, the problem is that often we are not able to see them. The first step and the most important thing is to choose what I want to tell through my work. Once I’ve found the generating element I move to the research, in order to find the best way to describe and explain the concept. Transform the idea into an illustration.

Federico Babina: When I create the illustrations I always use a collage of different techniques and programs. From hand drawing to vector and 3D modeling programs. These different ingredients allow me to achieve the desired atmosphere mixture.

Novedge: What were your heroes growing up?

Federico Babina: People I met. I do not fall in love with icons or photographs.

Novedge:  You are able to tell complex and multilayered stories in just one image; have you ever thought of expressing your creativity with other mediums?

Federico Babina: Yes. I’m always looking for new forms of expression. I like trying to explain the world I see, through different mediums. I like the richness of the language and the diversity of its forms. I also do not want to confine myself  in a prison of a certain style or shape. Drawings, illustrations or Architecture are for me some of the ways to express thoughts, feelings and emotions. Every project has a story and every project is a witness of a story. As long as there is an idea, the way to represent it is just a tool. If the tool becomes the idea, something is wrong.

Novedge:  What are the qualities you most appreciate in an Artist?

Federico Babina:First and foremost, the capacity to surprise me and strike an emotional chord. To tell the truth, I do not like is when artists feel they are artists.

Novedge: Do you see a parallel between Cinema and Architecture? Tell us why?

Federico Babina: I've always been fascinated by the relationship between Architecture and Cinema, especially the balance between space and action. In my series, for instance, the idea was to create an imagined scenery, with the purpose to add to the stories and the portrayal of the characters.

Movies have this ability to transport us to different worlds and let us live and breathe real or fantastic Architecture.

Novedge:  You can tell us now, who is your favorite Architect?

Federico Babina: I have a special love for Le Corbusier’s works (he was my first crush) , otherwise I'd rather not rank. There are many great Architects and Artists and many fantastic buildings. Nature leaves us examples of great Architecture as well. I do not have to be fond of an Artist or an Architect to use him in my projects. As long as the subject I choose triggers a feeling, either positive or negative. Something that will spark an idea.

Novedge: What building or iconic monument would you have liked to father?

Federico Babina: None in particular, and many at the same time. I do not like to obsess on the creations of others, I prefer to admire and study them and work on mines.

To find out more about Federico Babina check out his website where you can purchase and collect his works. Every Architect should own one of his posters or be in one! Federico is also on Twitter.

And don't forget to follow Novedge as well , we have plenty of  inspiring interviews and software news.