The Edge: Archoncad and the Vectorworks Design Summit

Editor's Note: What did you miss by not going to the the first ever Vectorworks Design Summit in Philadelphia? Find out from this interview with the one and only Jonathan Pickup. For the few of you who don't know, Jonathan is the CAD guru behind Archoncad and the Author of many Vectorworks Manuals; his latest one, Vectorworks Essential 7th Edition  should be on every Vectorworks user nightstand.

Novedge: What did you think of the Design Summit?

Jonathan Pickup: For being the first time ever for such an event I think the Nemetscheck Team did an outstanding job. The location was great, the food was excellent and the people that attended seemed to have a really good time and learn a lot. There were social events, lectures, workshops and it was a perfect way to network.

Novedge: Tell us a little more and maybe break it down for us.

Jonathan Pickup:The networking for a start was actually quite amazing. There were sessions every evening where you could get together with people in your industry. Even in between teaching sessions ( I had three) I could go around the room and help make connections, introduce people in the same profession that maybe had the same issues, so they could talk about them….. The inspiring Summit Speakers were floating around as well and were available for conversations. I enjoyed meeting them and maybe I will stay in touch with them. I had a chance to talk to Biplab Sarkar , Sean Flaherty (respectively Vectorworks' CTO and CEO) and Adrian McGregor ……I had a chance to talk to the Rockstars! And Richard Diehl was there: he was the guy who actually wrote the very first MiniCADand it was called DiehlGraphsoft. He was there and he was approachable. The Design Summit  was a very egalitarian event. Nobody was a superstar and nobody was out of touch. I just tried to meet as many people as possible: the Set Designers, the Landscapers….To anyone who got my book I just wanted to say thank you; and to anyone who didn't have my book yet, I just wanted to tell little stories about why they should have it……. When you are a sole practitioner, in the middle of nowhere, working on your own, it's easy to think that you are on your own. But going to the Design Summit, and finding that other people think like you do, have the same problem that you do, and find out the best way to get in touch with them (whether on LinkedIn, Facebook or their website or blogs); to find out that those people are around and you no longer are on your own is quite phenomenal.

Novedge: Speaking of rockstars, I heard there was a big line at your book signing?

Jonathan Pickup:What can I say? When the idea of a book signing came up I thought it was a bit funny. I was the one who brought it up,  but I meant it as a joke. It was my first time signing my manuals and it felt really humbling. Just to think that these people knew who I was and wanted to come and meet me. Without these people supporting me, my manuals would not have reason to be. I was just there to thank them for their support.

Jonathan Pickup:Yes, and this one took a little longer to come out but I think it was worth the wait. Sometimes it is tempting to rethink: is the Manual worthwhile ? I had feedback from people saying "I only want to learn from videos" or " manuals are old school".  Place like You Tube can offer such an unstructured way to learn. My book, now at its 7th edition, is structured in a way that all the little things you learn, build up to a very valuable bit of knowledge. You will learn all the most important fundamentals things, to use Vectorworks most effectively. My belief is that every office should have a copy of the manual, and I am not just saying that because I an the author. When training a new Vectorworks user in a firm, don't use the last person in the office to train the new person. Pull the manual out of the shelf, dust it (if needed) and give it to the new hire for a week. Simple and absolutely effective. That new person, after reading the manual,  will be more effective that the people that have been in the office for six months.That book will never be put in the shelves again. It will make the rounds even with the most expert users. Having said that let me assure even the most visual clients that the book has lot of images and plenty of built in videos.  It is my voice on all the videos and you will be guided throughout the different sections.

Novedge: So what else happened at the Design Summit? Who else did you meet aside from the Novedge Team?

Jonathan Pickup:It was lovely to meet Novedge CEO Cristiano Sacchi and your Vectorworks' sales specialist Bob Thayer. It was also good to meet all the international distributors, lots of European amongst them… Vectorworks is huge in Europe by the way.

Novedge: How do you explain that?

Jonathan Pickup:I know that when I worked in England, years ago, MiniCAD was a very popular choice, especially since almost all Architects were using Macintosh. I also think that training is one of those things that unlocks the power of Vectorworks and, in the countries where training is much more important, suddenly Vectorworks becomes a massively powerful program that can do BIM,  IFC  and some really cool stuff. 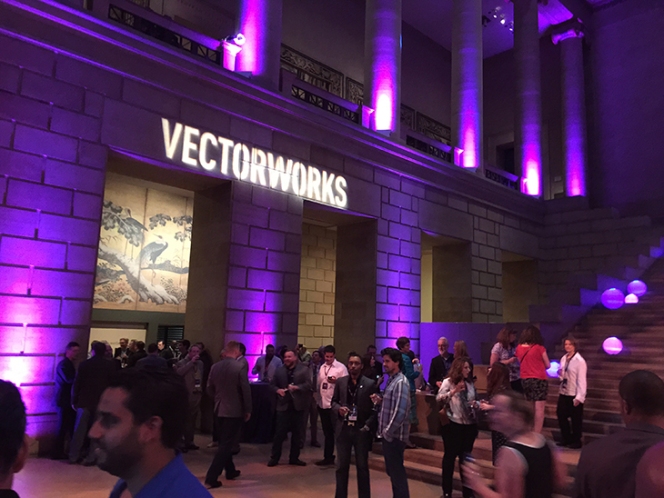 Mingling and Networking at the Vectorworks Design Summit in Philadelphia.

Coming up on the Novedge Blog:  Jonathan Pickup's own take on the highly anticipated Vectorworks 2016 release.

In the meantime, I encourage everybody to check out Jonathan's website, Archoncad, and to give yourselves a week with Vectorworks Essential 7th Edition ,  Vectorworks Architect Tutorial Manual(also 7th Edition), or 3D Modeling in Vectorworks, and become the best possible VectorworksNinja! 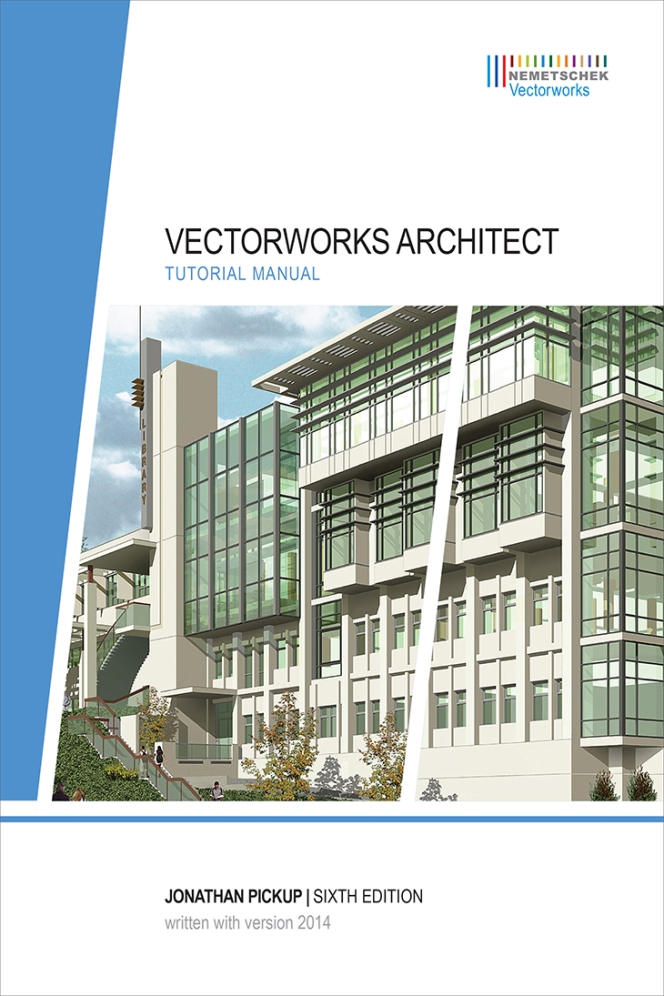